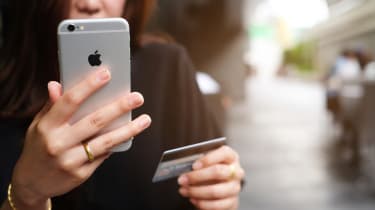 Apple has acquired a startup that develops technology that could turn mobile phones into payment terminals that accept card payments without the need to connect any external hardware or peripherals.

The company can integrate Mobeewave Inc technology into iPhones to turn these devices into payment terminals, allowing small and medium-sized businesses (SMBs) to accept card payments through Near Field Communications (NFC).

The system currently allows customers to tap their payment cards or bank account-linked smartphones on a business device with the Mobeewave app installed. The simple process demands that users simply enter the transaction amount, and tap their payment card or device before payment is processed and a receipt is generated.

Apple has paid approximately $100 million to acquire the startup, according to Bloomberg, with the Montreal-based company set to retain its full team. The move represents a step forward into payments business for Apple following the launch of Apple Pay in 2014, which allowed iPhone users to pay with their phones.

The integration of Mobeewave technology into Apple’s systems would presumably allow the company to develop means for iPhones to seamlessly accept payments, and it put the company on a greater footing against the likes of Google Pay and Samsung Pay and would see the firm competing with the likes of Square.

“Apple buys smaller technology companies from time to time and we generally do not discuss our purpose or plans,” an Apple spokesman told Bloomberg.

The acquisition could also potentially reduce the capabilities of some of Apple’s rivals in the payments space, including Samsung, which partnered with Mobeewave in October last year.

As part of the agreement, the two companies developed a point of sale (POS) platform that essentially replicated Mobeewave’s function on Samsung devices, allowing device owners to accept mobile phone or card payments via NFC.

The pilot, based in Canada, generated 10,000 downloads of the Samsung POS app mainly driven by micro-merchants and small businesses across several industries. The companies expected to deploy their system globally from this year.