Airbnb will reportedly file to go public this month

Airbnb previously put a pause on its IPO plans, but sources say the company will submit a filing with the SEC this month 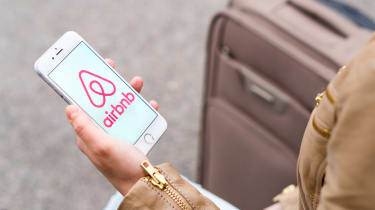 Airbnb is reportedly planning to submit a confidential filing with the SEC this month to go public, meaning shares in the home-sharing platform could begin trading by the end of the year.

Morgan Stanley has been chosen to lead the offering while the Goldman Sachs Group is also playing a key role, sources told The Wall Street Journal.

The company planned to go public earlier this year, but the pandemic’s onset hindered its efforts and the company laid off 25% of its staff, or roughly 1,900 employees, to cut costs. At the time, Airbnb CEO Brian Chesky told employees the company’s 2020 revenues would be less than half of what it earned in 2019.

Once valued at $31 billion, Airbnb’s private valuation has since dropped to $18 billion. To get itself through the pandemic and manage the financial impact caused by it, Airbnb raised $1 billion in equity and debt from Silver Lake and Sixth Street Partners in April. It raised another $1 billion from Fidelity, T. Rowe Price and BlackRock one week later.

In recent weeks though, the home-sharing platform has begun to rebound. In July, the company announced guests booked more than one million nights of future stays at Airbnb listings, the first time that threshold had been reached since the beginning of March.

There’s no guarantee that Airbnb will move forward with the IPO. The timing of the SEC’s review process is uncertain, and by the time Airbnb is ready to stage an offering, investors may have lost interest.

Per the Journal, Airbnb’s listing could take one of two forms. The company could pursue a traditional IPO and launch a direct listing or it could merge with a blank-check company.

While we may still be in the midst of a global pandemic, US-listed IPOs have raised more than $60 billion so far this year and, according to Dealogic, are on track for the highest numbers since the 2000 tech boom.