If you’re cynical about AI, I second that emotion

To understand why robots won’t rule the world, it helps to have a basic understanding of biology and consciousness 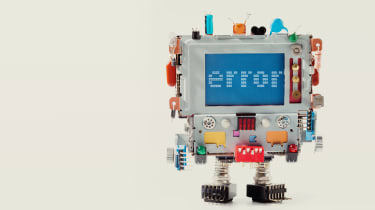 Regular readers might have been surprised to find me writing again about AI, a topic about which I’ve often expressed scepticism. There’s no reason to be, as it’s quite possible to be impressed by the latest advances in AI hardware and software while remaining a sceptic about the field’s more hubristic claims. And a book that reinforces my scepticism has arrived at precisely the right time: The Strange Order of Things by Antonio Damasio. He’s a Portuguese-American professor of neuroscience who made his name researching the neurology of the emotions and the critical role they play in high-level cognition (contrary to current orthodoxy).

Damasio also has a interest in the philosophy of consciousness, to which his book is a remarkable contribution. Damasio admires the 17th century Dutch philosopher Baruch Spinoza, who made a crucial observation about biology – that the essence of living creatures is to create a boundary between themselves and the outside world, within which they try their hardest to maintain a steady state, the failure of which results in death. Spinoza called this urge to persevere “conatus”, but Damasio prefers the more modern name “homeostasis”.

The first living creatures – whose precise details we don’t, and may never, know – must have emerged by enclosing a tiny volume of the surrounding sea water within a membrane of protein or lipid, then controlling the osmotic pressure inside to prevent shrivelling or bursting. And they became able to split this container in two to reproduce themselves. Whether one calls this contatus or homeostasis, it is the original source of all value. When you’re trying to preserve your existence by maintaining your internal environment, it becomes necessary to perceive threats and benefits to it and to act upon them, so mechanisms that distinguish “good” from “bad” are hard-wired not merely into the first single-celled creatures, but into every cell of the multicellular creatures that evolved from them. The simplest bacteria possess “senses” that cause them to swim toward food, to and from light, or whatever.

Damasio’s work traces the way that, as multicellular creatures evolved, not only did this evaluation mechanism persist in every individual cell, but as more complex body forms evolved into separate organs, then nervous systems, then brains, this evaluation became expressed in ever higher-level compound systems. In our case it’s the duty of the limbic system within our brains, which controls what we call “emotions” using many parallel networks of electrical nerve impulses and chemical hormone signals. And Damasio believes that our advanced abilities to remember past events, to predict future events, and to describe things and events through language, are intimately connected into this evaluatory system. There’s no such thing as a neutral memory or word: they’re always tagged with some emotional connotation, whether or not that ever gets expressed in consciousness.

And so at last I arrive at what this has to do with AI, and my scepticism towards its strongest claims. Modern AI is getting very good at emulating, even exceeding, our abilities to remember, predict, describe, listen, speak, recognise patterns and more. All these are functions of higher consciousness, but that isn’t the same as intelligence. AI systems don’t and can’t have any idea what they are for, whereas in our bodies every cell knows what it’s for, what it needs and when to quit. You have five fingers because, while in the womb, the cells in-between them killed themselves (look up “apoptosis”) for the sake of your hand.

It’s not so much a question of whether robots could ever feel, but of whether an AI machine could ever truly reproduce itself. Every cell of a living creature contains its own battery (the mitochondrion), its own blueprint (the DNA) and its own constructor (the ribosomes): it’s the ultimate distributed self-replicating machine, honed by 3.5 billion years of evolution. When you look at an AI processor chip under the microscope it may resemble the cellular structure of a plant or animal with millions of transistors for cells, but it doesn’t contain its own power source, nor the blueprints to make itself, and it doesn’t “know” what it’s for. The chip requires an external wafer fab the size of an aircraft hangar to make it, the robot’s arm requires an external 3D printer to make it. As Damasio shows so brilliantly, the homeostatic drive of cells permeates our entire bodies and minds, and those emotional forces that rationalists reject as “irrational” are just our body trying to look after itself.