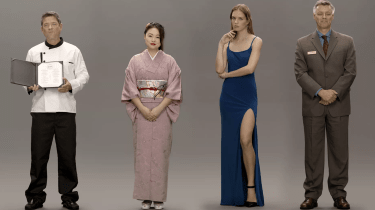 Samsung has finally revealed its AI-created "artificial humans" – and they're essentially clever fronts for chatbots.

Samsung subsidiary Star Labs has been teasing details about its Neon artificial humans for weeks, unveiling more details at the CES show in Las Vegas. The Neon "humans" are high-end avatars created to give a realistic face to chatbots or voice assistants, as well as to deliver video content or be used as characters in games.

In the longer term, Star Labs suggested its creations could be virtual stand-ins for television hosts or actors, too. “In the near future, one will be able to license or subscribe to a Neon as a service representative, a financial advisor, a healthcare provider, or a concierge," the company says. "Over time, Neons will work as TV anchors, spokespeople, or movie actors; or they can simply be companions and friends.”

Avatars aren't new, but these appear to be a bit more realistic looking and perhaps more natural to interact with. Star Labs said they can learn new expressions and interact with us real humans by mimicking our emotions, though it's not yet clear exactly what that means. "Neons will be our friends, collaborators and companions — continually learning, evolving and forming memories from their interactions," said Pranav Mistry, Star Labs' CEO.

While advancing the abilities to make virtual humans that are indistinguishable from real ones in video raises the spectre of deepfakes, much of the response to Star Lab's reveal at CES has been disappointment – they're nice avatars, but simply avatars.

That said, the rise in voice assistants, virtual assistants and chatbots means we may well require better avatars for such interfaces, and a wider variety too. However, it remains to be seen whether we want our virtual assistants to be indistinguishable from real humans or want to replace news readers with non-sentient beings.

The beta for Neon will launch later this year, the company said — but it's only the avatars themselves. The next aspect of the software is Spectra, which will contribute more intelligence to the "artificial humans". It remains in development.