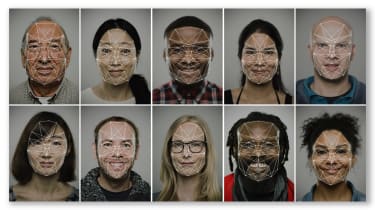 Microsoft disagrees with the EU's plan to ban facial recognition, saying the only way to make the technology better is to use it.

The European Commission is considering a five-year ban on facial recognition in public spaces in order to buy time to assess risks and develop legislation. The move comes as other public authorities, notably the city of San Francisco, introduce limited moratoriums on the controversial and potentially invasive technology.

A potential ban was welcomed by Sundar Pichai, CEO of Google and Alphabet, who said a moratorium may be necessary. “I think it is important that governments and regulations tackle it sooner rather than later and give a framework for it,” Pichai said at a conference in Brussels, according to Reuters. “It can be immediate but maybe there’s a waiting period before we really think about how it’s being used."

Pichai said it was "up to governments to chart the course", echoing his column in the Financial Times yesterday, in which he called for regulation of artificial intelligence.

Microsoft president and chief legal counsel Brad Smith said it was better to address specific problems with the technology, and ban those use cases. “The second thing I would say is you don’t ban it if you actually believe there is a reasonable alternative that will enable us to, say, address this problem with a scalpel instead of a meat cleaver,” he added.

“There is only one way at the end of the day to make technology better and that is to use it,” he added.

Smith noted that facial recognition had the potential for good, pointing to efforts to find missing children. “I’m really reluctant to say 'let’s stop people from using technology in a way that will reunite families' when it can help them do it,” he said.

Pichai agreed, noting that any regulation of new technologies — in particular artificial intelligence — should balance risks with rewards. “Sensible regulation must also take a proportionate approach, balancing potential harms with social opportunities," he said. "This is especially true in areas that are high risk and high value."

That measured approach is already happening, though more slowly in some places than others. The state of California has banned the use of facial recognition in law enforcement, but in the UK, facial recognition has been used by police, despite failure rates as high as 98%. MPs last year called for those trials to be halted, though they've so far been allowed to continue.

In the UK, facial recognition is also creeping into wider use via CCTV, used across entire residential estates such as Kings Cross, without any notification — a move that raised concerns across the mayor, MPs, and the Information Commissioner's Office.