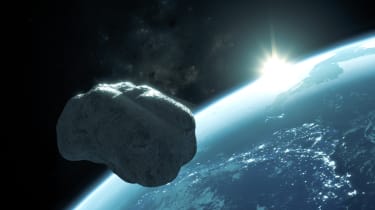 Researchers from Leiden University in the Netherlands have defied conclusions made by NASA with their own method of predicting potential asteroid crashes using AI.

It has managed to identify 11 asteroids previously identified by NASA and deemed harmless, classified as non-hazardous objects. Based on the estimates developed by the Leiden University researchers, the asteroids should be seen as potentially hazardous.

Businessman Robert Kiyosaki once said that “the best way to predict the future is to study the past” and the astronomers seem to have taken this advice to heart.

“If you rewind the clock, you will see the well-known asteroids land again on earth. This way you can make a library of the orbits of asteroids that landed on earth,” said Portegies Zwart.

The ‘library’ was then used as training material for HOI.

The asteroids will not impact humanity for many generations - HOI claims that the asteroids will approach Earth between the years 2131 and 2923 and are supposed to pass the Earth by a distance ten times greater than the one between Earth and the moon.

However, their conclusions are not set in stone.

“We now know that our method works, but we would certainly like to delve deeper in the research with a better neural network and with more input,” said Portegies Zwart. “The tricky part is that small disruptions in the orbit calculations can lead to major changes in the conclusions.”

Their research paper has been published in the Astronomy & Astrophysics scientific journal.

AI technology is increasingly being used to help enterprises undergo digital transformation doctrines to streamline business processes and open up other service and revenue streams. But here we see such technology and transformation taken further, used not only to aid research but potentially to help humanity know when it might face an extraterrestrial threat.