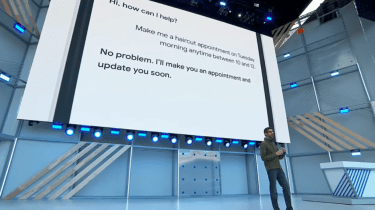 Google's AI-powered calling service Duplex is now available in the UK, Australia and Canada, as the company releases it beyond the US and New Zealand for the first time.

The change has yet to be officially announced by Google, however changes to the service's support page, first spotted by VentureBeat, show a list of phone numbers that the company will use when calls are made through Duplex from a specific country.

As you may remember from its fairly impressive debut at Google I/O in 2018, the system is designed to integrate with Google Assistant and provide an automated phone service for businesses, handling things like booking appointments and checking opening hours.

Early demos of the technology proved compelling, showing that it was capable of kicking off conversations with humans, asking appropriate follow-up questions, and understanding the nuances of human speech.

In mid-March, when many countries were first starting to adjust to stricter lockdown measures amid the coronavirus crisis, Google CEO Sundar Pichai revealed the company had been using Duplex to contact businesses to confirm their updated operating hours.

This rollout to the UK is part of that effort, and customers outside of the US won't be able to use Duplex to make restaurant reservations just yet, a spokesperson confirmed to VentureBeat.

However, while the technology itself captured the imagination of many, there were still concerns about consent, as the early versions of Duplex did not make it clear to users that they were speaking to a machine. It also failed to introduce itself, leaving many concerned that users could be tricked into thinking they were speaking to a human, given how well it mimicked natural language.

Since that tech demo, Google has slowly addressed these issues, first by adding disclosure messages before conversations are started, and later by adding an opt-out if customers prefer to speak to a human.