UK firms 'lagging behind the rest of the world' on AI 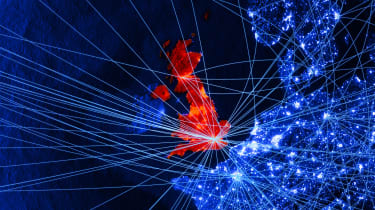 The UK is facing an artificial intelligence (AI) skills gap that could leave British companies struggling to compete with rivals across the world, a new report has found.

Businesses in the UK have generally adopted fewer AI systems than overseas companies, according to a Microsoft report, with only 15% of British firms classed as ‘AI pros’ versus the global average of 23%.

The urgency over a perceived skills gap is accelerating too, with 35% of business leaders in the UK believing there will be a skills gap in the next two years, and 28% believing this country is already experiencing one.

“The data clearly shows AI maturity leads to quantifiable performance gains, and that the organisations furthest along the AI adoption curve have invested heavily upskilling and re-skilling their workforces,” the report said.

“The data also points to common barriers organisations face in AI adoption, including a measurable gap between intent and action, and a culture that is ill-prepared for the seismic shift required to deploy AI at scale.”

Although UK organisations are roughly on par with their global counterparts in reporting successful AI projects, 68% versus 69%, UK-based companies generally lag behind global firms when it comes to the day-to-day use of AI.

For example, 37% of global employees are augmented by AI, versus just 19% of British workers, while the same is true for managers, with 65% of global managers augmented versus 51% of UK managers.

Similarly, while UK firms are more likely to be using AI to drive efficiencies and free up workers from basic tasks than the global average, they are less likely to be deriving new product innovation.

Just over half of UK employees, 52%, meanwhile, are using AI to work faster and smarter compared to 69% of employees globally.

Reskilling is considered to play a crucial role in future business success, although UK businesses are failing to grasp this, data from the report shows. There continues to be a discrepancy between the aspirations of business leaders and the reality, with data showing only 17% of UK employees say they have been part of AI reskilling efforts. This is against the 38% global average.

“Reconciling this disconnect and ensuring workers have the tools to augment their roles with AI is paramount if the UK hopes to realise its potential as an AI leader,” the reported continued.

“Training is critical, but it is only the first step. As with any effective digital transformation project, organisations must develop processes to ensure learning is continuous and experience-based, and that communication flows openly and effectively in both directions.”

The report also outlined some actionable insights that business leaders can bear in mind. AI, for example, should be treated like a paradigm shift rather than a project.

There is no single technology implementation that users need to be trained on, rather it’s a digital transformation enabler that requires people, processes, and tools to work together, while supported by a positive culture.

Businesses should also be willing to share their learnings and failures as readily as they do their successes, and be open about their shortcomings. Part of this culture shift should also encourage curiosity and continuous learning, with employees who are given opportunities to upskill or reskill much less likely to feel threatened by AI adoption.

Businesses should also realise that AI is no silver bullet and that they must understand what specific problems they are trying to solve with AI.