Zuckerberg says ad space will be awarded to the highest bidder, potentially raising the cost of online advertisement 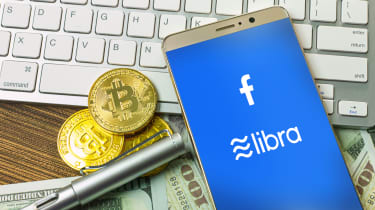 Facebook will use advertising to make money off the back of the Libra cryptocurrency, CEO Mark Zuckerberg said at his US capitol hearing in response to Congressman David Kustoff's question about how Facebook and other Libra partners would profit from launching the cryptocurrency.

The congressman probed for a more thorough explanation of the monetary benefits of Libra for its board members after Zuckerberg claimed that the motivations for creating the cryptocurrency project were primarily charitable.

"Well, Congressman, you may not believe this, but [monetary profit is] actually not the first thing that we talk about at the company," Zuckerberg responded. "We focus on building services that are going to create value in people's lives, and we believe that if we do that, that we're eventually able to get some of the value downstream."

If more ad-influenced purchases are made through Facebook than other social media or search engine platforms, it will dominate a larger part of the online advertising market. In Zuckerberg's address, the CEO compared the process to an auction; small businesses bid on ad real estate, essentially telling Facebook what it's worth to promote their products and services.

By allowing customers to transact with businesses directly, thereby expediting and easing the purchasing process, advertisements will appreciate in value for the businesses utilising them, making them likely to bid more in the ad system.

"I would expect that over time that will lead to higher prices for ads because it will be worth more to businesses so they will bid more on the ads system," Zuckerberg said.

However, he had few remarks on whether or not Libra will have transaction fees. It's a distinct possibility, given that it's not a decentralised cryptocurrency, the type which doesn't have them. It's also yet another reason for the investor hesitation and continuous lawmaker scrutiny that have stalled the project.

Facebook critics might anticipate the conversion from Libras to dollars becoming so difficult, consumers and businesses will conduct all of their transactions over the social media's interface, since it will no longer be practical to do it anywhere else.

Although Libra was supposed to be the hearing's main topic, the five-hour session fleshed out a wide range of other topics, mostly to do with Facebook's many scandals over the past few years. It's clear that trust issues and a fear of the social media tech giant's influence are key components in the widespread aversion of lawmakers to the Libra project.

"Facebook has amassed too much power," representative Chuy Garcia said, "it has become too big, and we should seriously consider breaking it up."

"I want to be clear," Zuckerberg said in an attempt to appease the House, "Facebook will not be part of launching the Libra payments system anywhere in the world until US regulators approve."