Bitcoin crashes by 40% as volatility soars

“Volatility is not an issue — it’s whether the technology can deal with the volatility," says BeQuant head of research 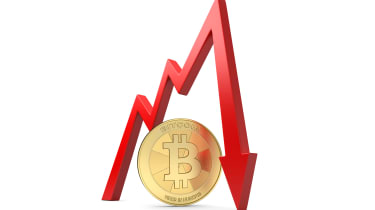 Bitcoin prices have collapsed nearly 40% - the biggest single-day drop since 2013, while volatility was at its highest following last week’s market plunge.

The reason for this is attributed to the coronavirus pandemic, which is currently taking its toll on the global economy and has since reached the cryptocurrency market.

Bitcoin now sits at around the same price it did around this time last year, effectively wiping out any gains it made in the time since. The loss of value is only a fraction of what Bitcoin experienced in early 2018, when it fell from around $19,000 to around $6,400 over the course of two months.

Volatility has plagued Bitcoin since its inception, as investors have found it significantly difficult to invest in a cryptocurrency that fluctuates so wildly. Because of its ever-changing prices, that volatility has been a primary indicator of Bitcoin.

However, Denis Vinokourov, head of research at crypto exchange BeQuant, told Reuters that: “volatility is not an issue — it’s whether the technology can deal with the volatility.”

One of the problems cryptocurrency exchanges have is a lack of 'circuit breakers' that traditional stock echanges have to halt market activity when stock markes go into free fall when panic selling causes a widespred decline.

The coronavirus outbreak started to influence the tech industry in January when manufacturing was temporarily halted in China. Store closures and event cancellations followed as the virus spread to other parts of the world, and the stock market reflected the uncertain times.

On 9 March, Apple, Microsoft, Facebook, Google, and Amazon lost $321.6 billion in value between them, in what was reportedly the worst day for stocks since the 2008 financial crisis.