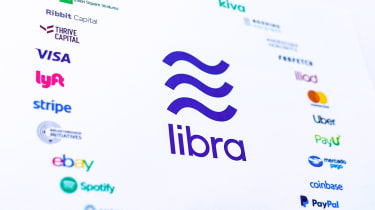 The Libra Association, the association that coordinates and provides a framework of governance decision-making for the Libra network and Libra Reserve, announced today it has tapped HSBC chief legal officer Stuart Levey as its new CEO. Levy plans to join the Libra team later this summer, and will take on oversight related to its efforts to “combine technology innovation with a robust compliance and regulatory framework.” Levy has been at HSBC since 2012 and previously served as the undersecretary of the Treasury for Terrorism and Financial Intelligence under George W. Bush and Barack Obama.

Levey will bring a wealth of leadership experience across banking, regulatory policy and national security issues to the Libra Association. In his time as the undersecretary of the Treasury for Terrorism and Financial Intelligence, Levey was instrumental in developing U.S. and international policies related to combating illicit finance endeavors.

“I am honored to join the Libra Association as it charts a bold path forward to harness the power of technology to transform the global payments landscape. Technology provides us with the opportunity to make it easier for individuals and businesses to send and receive money, and to empower more than a billion people who have been left on the sidelines of the financial system, all with robust controls to detect and deter illicit financial activity,” Levey shared in the company’s announcement.

Libra’s hiring of a prominent banking industry attorney who also boasts an extensive background in government compliance reflects the group’s commitment to overhaul the digital currency after it made a rocky debut last year. Moving forward, Levey says he will closely scrutinize the project, ensuring it meets regulatory standards and is safe to use.

“As the Libra proposal was rolled out, there were expressions of concern about how you could build a system like this and make sure it was done with robust financial controls,” Levey told the Wall Street Journal.

Libra Association board member and Andreessen Horowitz partner Katie Haun shared, “Stuart brings to the Libra Association the rare combination of an accomplished leader in both the government, where he enjoyed bipartisan respect and influence and the private sector where he managed teams spread across the globe.”

She continued, “This unique experience allows him to bring a wealth of knowledge in banking, finance, regulatory policy and national security to the Association and strike the right balance between innovation and regulation.”