Bank of England and counterparts in Japan, Europe and Canada are joining forces to study how to setup digital currencies 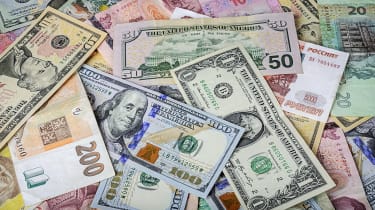 Central banks are considering issuing their own digital currencies — and they've likely been encouraged by Facebook's Libra.

Several institutions have set up a new group to examine the issue of central bank digital currency (CBDC), including the Bank of England, central banks in Canada, Japan, Sweden and Switzerland, the European Central Bank and the Bank for International settlements. The US Federal Reserve, however, has opted not to join.

“The group will assess CBDC use cases; economic, functional and technical design choices, including cross-border interoperability; and the sharing of knowledge on emerging technologies,” the central banks said in a statement.

Lead by Benoît Cœuré, head of the BIS Innovation Hub, and Jon Cunliffe, Deputy Governor of the Bank of England, the group will look at economic and technical design choices — notably around cross-border interoperability — as well as potential use cases.

CBDC isn't quite the same as a cryptocurrency. Though digital currencies will likely also make use of blockchain and also require a "digital wallet" to be used, they are controlled centrally, just like existing cash. Indeed, digital currency is effectively the same as cash, but without a physical counterpart; that could make it ideal for cross-border transactions and digital payments.

The move is seen as a response to Facebook's Libra, its digital currency that is yet to launch. According to former Bank of Japan executive Hiromi Yamaoka — who led the bank's research into digital currencies but now works at a consulting firm — the central bankers will be looking to retain their power in the face of tech company competition.

"The latest decision [by the central banks] is not just about sharing information," Yamaoka told Reuters. "It’s also an effort to keep something like Libra in check."

“Something like Libra would make transactions costs much cheaper," he added. "Major central banks need to appeal that they, too, are making efforts to make settlement more efficient with better use of digital technology."

Facebook Libra has been the subject of regulatory questions in the US and Europe, sparking some of its backers to depart, including Visa and Mastercard — and now Vodafone, with the British mobile company saying it would continue to monitor the Libra Association's development and may rejoin in the future.