Amazon must complete its satellite launches by July 30, 2029 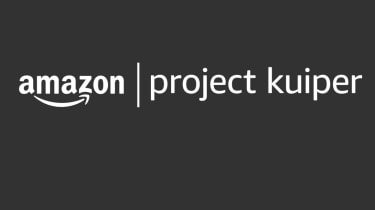 In spring 2019, Amazon announced its initiative to help bring broadband internet access to all corners of the world. Just yesterday, it became a reality with the Federal Communications Commission (FCC) giving the project’s satellite launch the green light.

Dubbed Project Kuiper, this affordable worldwide broadband internet program is still a long way off. Despite the extended timeframe, the FCC has given Amazon the OK to launch the constellation of 3,236 low earth orbiting (LEO) satellites needed to kick off the initiative. The FCC vote was a 5-0 unanimous decision.

Project Kuiper is a key initiative for Amazon, and the company knows it’s a go-big-or-go-home proposition. That’s why the tech giant is sinking over $10 billion into the project. Not only will this bring worldwide internet connection to people, companies and even remote emergency response teams, but it’ll also create tons of jobs in the US and lay much-needed infrastructure too.

Project Kuiper will also be open to working with wireless carriers to help expand LTE and 5G service worldwide. This will certainly help spread these services more broadly, but it may also accelerate the 5G rollout.

Amazon hasn’t announced a firm timeline for Project Kuiper’s completion, but the FCC placed firm deadlines on the satellite launches. Amazon must launch at least 50% of its satellites by July 30, 2026. The remaining 50% must be in orbit by July 30, 2029, according to the FCC’s Order and Authorization document.

Project Kuiper will have some competition, as the Elon Musk-headed SpaceX has also announced its Starlink program, which would also use satellites to distribute broadband worldwide. Musk estimates Starlink’s cost at $30-$50 billion.

While the rural digital divide — the lack of broadband internet in rural areas — has been an issue for many years, the coronavirus pandemic has shone a spotlight on the issue.

As companies sent workers who once had stable office internet connections home to work remotely via their household connections, some workers in rural areas with limited internet connectivity found it challenging to complete daily tasks. Amazon and SpaceX look to close this divide with their respective initiatives.