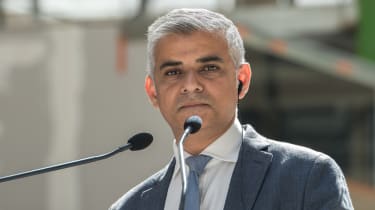 The Mayor of London Sadiq Khan has called on City Hall to ramp up the scale of data sharing after touting the success of its London Datastore initiative.

Khan was speaking on the ten-year anniversary of the London Datastore, an initiative started by City Hall in 2010. This scheme served as a means to make huge volumes of data freely available in order to tackle some of London’s biggest challenges.

The platform today houses more than 6,000 datasets - a massive increase upon the 500 it held on launch - and boasts 60,000 users per month. The datasets range from from population estimates to rough sleeping figures, and the numbers of foreign visitors.

“London is considered one of the world’s leading smart cities because we have an enviable track record of using data to solve everyday problems faced by Londoners,” Khan said.

“By responsibly opening up a huge amount of data held by our public sector partners and working with London’s brilliant tech sector, we’re helping tackle some of the most urgent challenges facing our city as it grows.

“The next step is to create a shared approach for the city so we can all benefit from the innovation this will bring - while using the data we hold on Londoners’ behalf transparently, safely and securely.”

Use of the London Datastore has played a role in widening innovation, City Hall claims, by giving local suppliers and smaller businesses access to valuable reams of data to build platforms and systems that work towards solving the city's challenges.

One key example is the creation of a London Rents Map, which was used last year by 85,000 people to locate the most affordable homes. The Cultural Infrastructure Map, meanwhile, is being used to map and preserve historical music venues and community halls.

Perhaps more critical to day-to-day life is a degree of air-quality mapping, that uses data lifted from networks of sensors to show how pollution levels change across various areas around the city. This mapping system is also used to suggest to officials where best to place new electric bus routes.

TechUK’s head of local and public services Georgina Maratheftis branded the London Datastore a “pioneering platform” on its tenth anniversary, and claimed that it’s helped to put London on the map as a smart city.

“Data is at the heart of creating places where citizens want to live, work, thrive and feel safe and we look forward to working with City Hall on the Datastore’s evolution, and with local public services and the tech industry on how data can solve some of the biggest challenges London faces,” she added.

There are several ways these next steps in the evolution of London’s approach to data-sharing can be achieved, according to analysis from the Open Data Institute, a non-profit private firm co-founded by Sir Tim Berners-Lee in 2012.

Chief among its recommendations is that the London Datastore is rapidly expanded and revamped over the course of the next decade. The platform should also be made as easy to use as possible, and a new City Hall-led approach to sharing civic data should be devised, ideally bringing together councils, universities, the public sector and businesses.