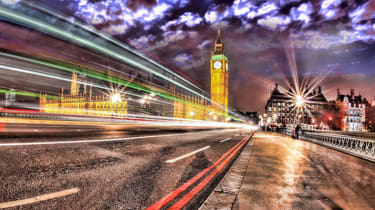 The promise of ‘smart communities’ powered by intermingling technologies hasn’t come to fruition due to the awful and fragmented nature of data at disposal to developers, according to Cisco's IoT chief.

Stu Higgins, head of smart cities and IoT for the UK public sector, argued this week that while data might be more freely available than ever before, the data itself is in a poor condition and might not be in the right state to be taken advantage by computers and algorithms.

Moreover, those collecting and releasing the data should stop “patting themselves on the back” and work on cleaning it up, he has claimed.

“If you can publish 1000 sets of data or 10,000 sets of data; there are lots of people patting themselves on the back saying that they've got an open-accessible data lake,” Higgins said, speaking at a Westminster eForum on UK smart cities on Thursday.

“But that they're not really looking at the quality of the data, what it can be used for and how it should be accessed.”

Those releasing thousands of datasets claim third-parties can subsequently make use of the data for applications, Higgins continued, but they ultimately only care about publishing it, and not actually ensuring it's ready for use. He stressed that it isn’t necessarily a criticism of anybody, but the problem is that “nobody loves the data”.

The result has been a handful of exciting smart city projects being deployed around the world, but absolutely no continuity or integration between them. There’s also been a lot of rhetoric about the smart city landscape and not much in terms of delivery.

Ultimately, the data powering these projects needs to be cleaned up and put into a format that can be read by computers, and be put into a universal standard.

Higgins pointed to available data on parking spots in a city at any one time, as an example. People may record this information in a contextual manner, describing where locations might be relative to other streets for instance, but this data might not necessarily be in a condition that it can be processed.

Data must also be standardised in a similar way to how Britain’s railway tracks are standardised across the whole country, so data from different datasets can be joined up to produce systems that can help the public. One example of this integration would be an Asthma suffer using weather and pollution data among other information to determine how safe it might be to leave the house.

Where there has been some positivity is in the way that Transport for London (TfL) and Citymapper have worked together to provide commuters with a smart interface to augment their journeys through London. TfL, especially, should be applauded for the way it's opened up its own data sets early on, with Citymapper and hundreds of others taking advantage of these.

Generally speaking, however, there’s more work to be done with regards to the more than 6,000 data sources published in London through City Hall’s London DataStore.

Questions such as who’s actually using the data and what for are highly pertinent, as well as questioning whether this data is being used for the benefit of the people who live and work in the capital city.

The London Datastore marked its ten-year anniversary in January and boasts 60,000 users per month, with sets ranging from population estimates to rough sleeping figures, and the numbers of foreign visitors.

Mayor of London Sadiq Khan used the opportunity to suggest that more data should be shared, but Cisco’s Stu Higgins insisted that the most important thing to bear in mind would be ensuring the data published is clean and easy to use. This would ensure that the public sector attracts the right people to come in and build out exciting smart city projects in a joint-up and coherent manner.

“The reality is if you make the data easy to use, you'll attract really smart people to take advantage of that and use it to solve problems,” Higgins continued. "So if you provide data that’s easy to get to; that's easy to understand; that’s easy to integrate into other things, people will come and leverage that, and they’ll solve a lot of your problems for you.”