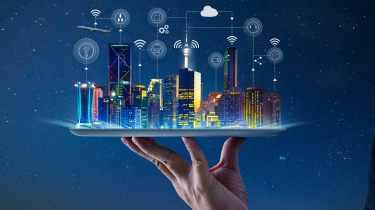 Billed as the city of the future, the controversial project was detailed in a 1,500-page master plan last year. CEO of Sidewalk Labs, Dan Doctoroff, cites the current economic crisis spurred by the coronavirus pandemic as the reason for nixing the project.

Doctoroff shared on Medium, “For the last two-and-a-half years, we have been passionate about making Quayside happen — indeed, we have invested time, people, and resources in Toronto, including opening a 30-person office on the waterfront.

"But as unprecedented economic uncertainty has set in around the world and in the Toronto real estate market, it has become too difficult to make the 12-acre project financially viable without sacrificing core parts of the plan we had developed together with Waterfront Toronto to build a truly inclusive, sustainable community.

"And so, after a great deal of deliberation, we concluded that it no longer made sense to proceed with the Quayside project, and let Waterfront Toronto know yesterday.”

The project, which was initially applauded by Canadian prime minister, Justin Trudeau, has faced concerns from Toronto residents and privacy advocates alike.

These critics worried data collection related to the project could result in mass surveillance. A handful of Sidewalk Lab’s advisors, including Ann Cavoukian, a former information and privacy commissioner for Ontario, resigned over the same privacy concerns.

On Thursday, Block Sidewalk, a group that vehemently opposed the project, applauded the decision to pull the plug.

"This is huge, we are sending a message to Silicon Valley on behalf of all those around the world who are fighting big tech in their cities," wrote one of the group’s organizer’s, Julie Beddoes.

"The Quayside project got mangled down from an 800-acres vision of a surveillance state to a bid for an office building on a 12-acre site. We knew all along that Sidewalk can't realize its tech dreams on 12-acres alone, so this has been coming for a while."

Doctoroff shared that while Toronto’s Smart City hub may be no more, Sidewalk Labs has not stopped its other efforts.

"We continue to work internally on factory-made mass timber construction that can improve housing affordability and sustainability, a digital master-planning tool that can improve quality of life outcomes and project economics, and a new approach to all-electric neighborhoods.”