By using the Windows update delivery system, the malicious traffic of this trojan can evade firewalls 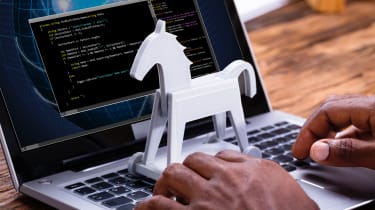 Windows Background Intelligent Transfer Service (BITS) is being exploited again, with a malware strain is using it to spread between computers.

Windows BITS is the default mechanism the operating system (OS) uses to send Windows updates to systems all over the world, and attackers are now using it to hide traffic to and from their command and control (C&C) server, sent by the backdoor.

Slovakian cyber security outfit ESET discovered the trojan and named it Win32/StealthFalcon, eponymic of the group to which it's attributed.

The StealthFalcon group has been around since 2012, according to the limited reports there are on the organisation, and is believed to be a state-sponsored group which originally targeted United Arab Emirates (UAE) dissidents.

Instead of sending HTTP or HTTPS traffic back to the C&C server, the trojan masks this traffic by routing it through BITS, a method the researchers believe will more easily evade firewalls.

This is because BITS isn't just used for Windows updates, other programs use it to distribute their own updates and even Mozilla is working on pushing Firefox's improvements through BITS.

Because BITS is known by firewalls to carry traffic from legitimate sources, such as necessary updates, it often doesn't search it when scanning for cyber threats, making it a perfect fit to carry malicious code.

The researchers said the method of the trojan's delivery was "beyond the scope of this investigation" but targets have been observed in UAE Saudi Arabia, Thailand and the Netherlands.

Links have been made between StealthFalcon and Project Raven, two groups previously thought to be independent of one another, after pieces from reports such as their file naming structure were found to be too similar to be different parties.

Although leveraging BITS to hide malicious traffic is an unusual method, it has certainly been done before. Chinese state-sponsored hacking groups Periscope and Tropic Trooper are both believed to have launched similar attacks.