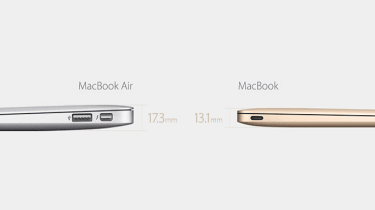 Apple has breathed new life into its Mac lineup, by unveiling a new notebook model that features a 12in Retina display and a number of other unique and industry first innovations.

By blending new battery positioning techniques, sophisticated processors and the optimisations afforded by OS X, the tech giant claims to have created "the world's most energy efficient notebook."

"Applehas reinvented the notebook with the newMacBook, and at just two pounds and 13.1 mm, it's the thinnest and lightest Mac ever," said Philip Schiller,Apple's senior vice president of worldwide marketing.

"Every component of theMacBookreveals a new innovation. From its fanless design, ultra-thin Retina display and full-size keyboard that's 34 per cent thinner, to its all-new Force Touch trackpad, versatile USB-C port and breakthrough terraced battery design, the newMacBookis the future of the notebook."

The new MacBook will start shipping on 10th April 2015. Pricing is detailed below as it varies depending on the exact specs purchased.

Users can also customise their machine with a many configurations available. These configure-to-order options, in addition to any accessories required, will add to the final price paid.

The new MacBook will be available in gold, silver or space grey when it ships.

Apple claims to have broken new ground with its latest MacBook, which, despite looking very Air-like, has dropped that brand name from its moniker.

It weighs in at just 907g at just 13.1mm thick, is Apple's thinnest and lightest Mac ever produced.

With a 12in diagnonal (and LED-backlit) Retina display, that uses 30 per cent less energy that existing Mac displays on the same kind, it sports a resolution of 2304 x 1440 pixels.

Sporting a full-size keyboard that is the result of research into how people use and want to use keyboards, the typing experience is designed to be as ergonomic as possible. Schiller joked: "It's beautiful even in the dark."

The new machine features Apple's new Force Touch trackpad technology, which includes built-in sensors that provide haptic feedback wherever you click. The trackpad is customisable and also makes use of the Force Click gesture (which is a quick click, followed by a deeper one) to aid users with quick queries such as previewing a file or checking the definition of a particular word.

Schiller told the audience at the Apple launch event that this trackpad is "engineered like no other trackpad has been engineerd before." 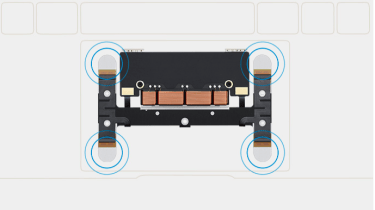 In terms of performance, the new machine runs OS X Yosemite and is capable of sporting up to a 1.3GHz dual-core Intel Core M Processor and up to 512GB of flash storage. It is also the first fanless Mac notebook, with no vents or moving parts.

Tweaks to battery design and placement mean the machine boasts more than one third (35 per cent) battery capacity and is capable of delivering up to nine hours of wireless web surfing (we will put these battery claims to the test when we review the machine). 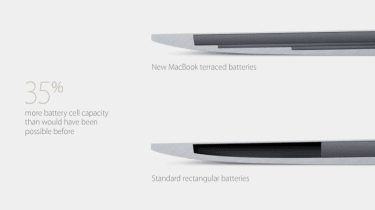 Apple has stepped up the ante further by doing away with all but one port. Thanks to USB-C (which Apple worked on with others in the industry), the machine now longer has separate ports for display, data transfer and charging. This single connector is one-third the size you'd expect with a traditional USB port, once again helping to maximise available space on this small workhorse of a machine.

By using the same types of miniaturisation techniques used in the iPhone and iPad, Apple has been apple to use the most compact logic board ever seen in a Mac - it's 67 per cent smaller than the logic board featured in the 11in MacBook Air, for example.

There's also the usual suspects as far as wireless connectivity is concerned, with 802.11ac Wi-Fi and Bluetooth 4.0 to help aid productivity on the move.

We previously thought that the new MacBook would be branded as an Air product when we predicted what sort of specs we expected to see. Turn the page to find out what we thought - and whether we were wrong or right.