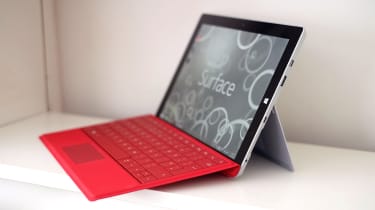 While the Atom series has come along significantly in the last year, some limiting of expectations is recommended here. The Surface 3 has a quad-core 1.6GHz Atom x7-Z8700, a highly efficient 14nm processor that ensures a fan system isn't needed.

For basic productivity and entertainment needs, the Atom CPU is sufficient. And, of course, this covers the vast majority of people's needs. Stay away from RAM-decimating labyrinthine spreadsheet macros and the Microsoft Office suite will perform fine. The Surface 3 comes with a year's subscription to Office 365, so that end is covered. 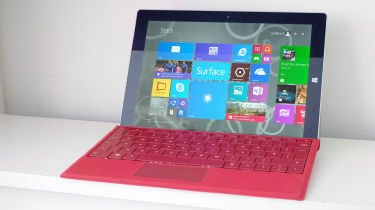 Given the Atom x7 is the budget alternative to the Core M series, this performance gap is both predictable and acceptable.

In general use, the Surface 3 is smooth and fast, but has limits that become quite apparent when tested. Lighter users will likely stumble over them when running many apps at the same time, although this is down to the system's limited RAM rather than CPU performance. 2GB and 4GB versions are available, and the higher RAM version is strongly recommended. While testing was actually crash-free, even the 4GB version became noticeably becomes a little less smooth when doing many things at once.

Neither version has the power to perform video editing or any significant image editing either, not without trying the patience at any rate. This comes down to a whole series of hardware limitations. First, RAM of 4GB is relatively paltry. Next, the CPU power just isn't enough to make the processor-intensive tasks viable, and the SSD performance will also be a huge barrier.