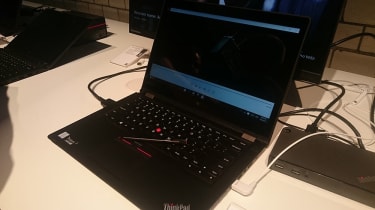 Lenovo has announced an expansion to its business ultrabook portfolio at IFA, with the introduction of the ThinkPad Yoga 260 and 460.

Part of Lenovo's fabulous ThinkPad range, the ThinkPad Yoga 260 blends the power of meatier ThinkPads with the versatility and portability of the Yoga series. 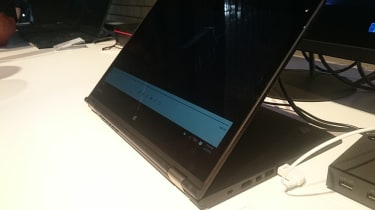 It comes with Intel's 6th gen Skylake processors, as well as a maximum of 16GB of DDR4 RAM and a 512GB SSD.

That's some fairly meaty specs, and while we weren't able to put it through its paces, it should deliver a blistering performance.

It looks gorgeous too, with a 12 inch,touch-enabled IPS panel, which can go up to full HD resolution, depending on what mode it is in. As a convertible Yoga device, it can be used in traditional clamshell mode, tablet mode, stand mode, or laid fully flat.

On top of that, the device is razor thin, measuring just 17.8mm in clamshell mode. This puts it among the thinnest notebooks on the market, and it's similarly light at just 1.35kg.

Elsewhere, the build quality is as slick as we'd expect from a ThinkPad. The keyboard is fantastic, with satisfying travel depth and almost zero bounceback, meaning typing quickly and for extended periods should present no problems whatsoever. 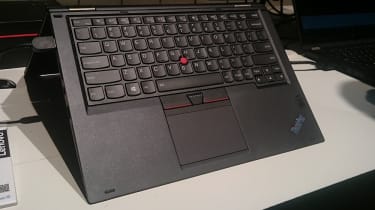 The trackpad is equally gorgeous, with physical mouse buttons rather than the usual integrated affair. It's smooth, responsive, and feels great to use.

If you don't feel like using the trackpad, however, no problem; the red TrackPoint cap is still present and correct in the center of the keyboard.

Lenovo has also included a ThinkPad Pen Pro stylus, which is built into the laptop's main body. The accessory is rechargeable via the housing and features active buttons similar to Microsoft's Surface Pen. 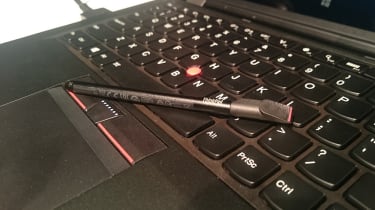 Lenovo even includes its WRITEit handwriting detection software, which it claims will allow users to write with the stylus in any app they choose.

Also announced was the ThinkPad Yoga 460, which is a slightly beefier version of the 260 and weighs in at 1.8kg. Measuring just 19mm thick, it's hardly oversized, but it feels a little chunky next to its much more svelte stablemate.

There's further changes under the hood. The display on the 460 goes up to a blistering 2560 x 1440, with a larger screen size to boot. There's also the option of more storage via a 1TB HDD.

There's some slightly strange choices too, though. It's still kitted out with 6th gen Intel Skylake chips, but it's limited to a maximum 8GB of RAM, with no mention of DDR4 as standard. This seems like a missed opportunity to put the 460's extra chassis space to good use.

The new additions to the ThinkPad line look very appealing: they're sleek, capable-looking machines, and they've got the potential to be executive powerhouses. The specs would certainly appear to speak in their favour, but we'll have a more complete picture once we've been able to test them more thoroughly.