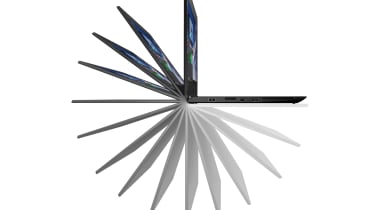 Windows PC manufacturers have been falling over themselves with new laptop-tablet hybrids coming out seemingly every other week. While Lenovo has been setting the pace for consumer hybrids with its Yoga series, practically defining the idea of hybrids in most people's minds with its 360-degree hinged screens, it's been far more sedate when it comes to its vaunted ThinkPad business line. There have been relatively few ThinkPad-branded hybrids.

That's all changed with the ThinkPad Yoga 260, the first in a new burst of business hybrids from the company for 2016. The Yoga 260 (which sounds misnamed given its 360 degree rotating screen hinge) isn't Lenovo's really ambitious and peculiar hybrid - that's the still unreleased ThinkPad X1 Tablet.

The 260 is a much more conventional laptop with a screen that can fold back flat to be used as a tablet. Alternatively you can orient the screen and stand it on end like a tent or position the screen so the upturned keyboard acts as its base. 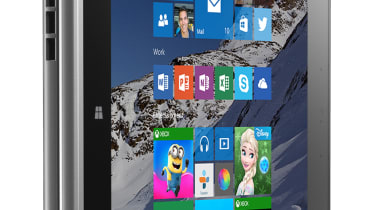 We're still not convinced that anyone wants to use a tablet this thick and heavy - 1.3kg is light for a laptop, but hefty for a tablet. A thickness of almost 2cm makes for uncomfortable holding over long periods of time. Still, the other flexible screen orientations are useful, especially when combined with Windows 10 which switches more seamlessly between laptop and tablet use than Windows 8 ever did. 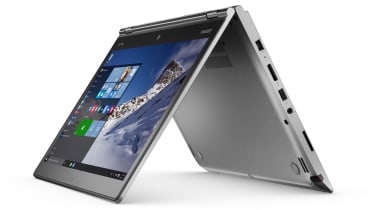 A silver variant will also be available

The touchscreen itself was smooth and responsive, just as we expected. It just doesn't rely on this for appeal though - it also comes with a small stylus which can be tucked away in a nook when not in use. It's no Surface Pen or Apple Pencil, but it's sensitive enough and has good enough palm rejection that it's perfectly usable for jotting down notes, signing contracts and basic drawing too.

Of course, no ThinkPad would be complete without the legendary IBM-descended keyboard and touchstick. Although we still prefer the classic ThinkPad keyboards of the IBM era with their unmatched travel, the keys here are still very good. Large with lots travel and feedback, they make for one of most comfortable, natural-feeling and accurate typing experiences we've come across on a laptop. It's also better than the keyboards on Lenovo's consumer-class laptops. 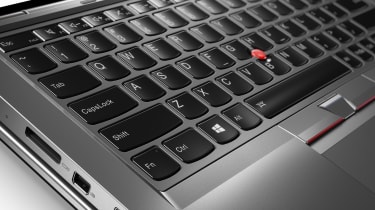 You'll either love or hate the touchstick and its soft-feeling, deep-travel buttons. If you hate it, then there's no need to worry as there's a large touchpad with its own clicky buttons built into the bottom of the pad itself. While its tracking and its gestures don't feel as smooth or as accurate as the best MacBook touchpads, it's still noticeably better than much of the Windows competition.

Black is the new black

Although some might deride ThinkPads for their boxy black plastic casings, we think there's a lot to like here. Not only does it feel rigid and sturdy, especially the adjustable hinge, it looks timelessly elegant and minimalist too. The only dashes of colour, apart from the backlit keyboard, are the odd dashes of red such as the lit-up i' in the lid's ThinkPad logo.

As befits a laptop aimed at business, the Yoga 260 has a smartcard slot and a connector for docking stations and port replicators. On configurations with a built-in 4G modem, the micro SD tray also doubles as SIM card tray. You'll need a straightened paper clip, or something equally prong-y, to extract the tray from its crevice though. There's no Ethernet port though. 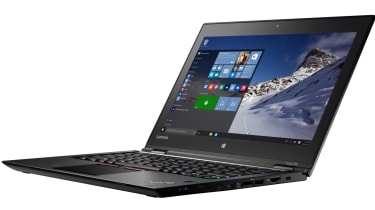 Unlike the Yoga 2 Pro, and subsequent Lenovo consumer laptops that have adopted its design, the underside of the Yoga 260 never became uncomfortably hot. This is due to the cooling fan which does, however, become noticeably loud with an irritating whirring that was audible over the hum of the IT Pro Labs' air conditioning. Its aggressive cooling may help keep the laptop cool, which is appreciated, but its its tendency to come on during light work such as web browsing was annoying.

The fan is necessary to keep the Intel Core i7 6500 dual core processor running cool. Paired with 8GB of memory and a 512GB SSD, it's fast enough that this laptop could easily be your main workhorse computer. Plus, with some effort, you can upgrade the RAM to a maximum of 16GB although you have to junk the 8GB stick already present. Although cheaper versions of the Yoga 260 are available, the slower processors, less memory and smaller SSDs means the trade-off isn't worth it.

Battery life wasn't as lengthy as other similarly priced ultra portable laptops, but it's still long enough to get you through most working days. It lasted 5h41m under moderate use and just under ten hours in light use.

Although some will be disappointed that the Yoga 260 doesn't have a high pixel density 4K screen, we're not among them. The 1920x1080 resolution is more than high enough for crisp text and detailed images in laptop mode. If anything it's a little too high for a 12.5in screen when used in laptop mode - if you have failing eyesight then you'll need to fiddle with Windows' display scaling options to get text at an optimal size.

The 1080p resolution does admittedly fall down somewhat in tablet mode where, when held close to your face, it looks somewhat coarse. We don't think this is a huge concern though as we think most people will use this computer primarily as a laptop. 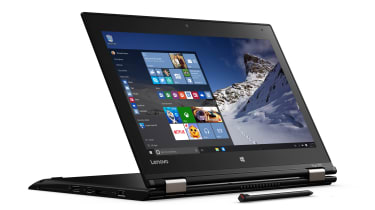 The screen's glossy finish doesn't suffer too much from glare caused by overhead reflections, no doubt helped by its very high brightness levels. Contrast is good too, but colour accuracy falls far behind other ultra portable laptops at this price. It's good enough if you're not concerned about colour accurate photo work and other graphic design and art tasks though.

The Lenovo ThinkPad Yoga 260 is a somewhat flawed hybrid with its tablet mode compromised, as expected, by undesirable weight and thickness while the screen resolution isn't quite right for either tablet or laptop use. It's not all bad though - the comfortable keyboard, excellent build quality and useful business features such as a smartcard slot are all worthwhile. It's a touch pricey compared to some other ultra portable laptops and it's surprisingly lacking in biometric security options, but it gets enough right to make it a desirable business laptop for the road and office alike.

Unsurprisingly, the ThinkPad Yoga 260 is a very good laptop but, at best, an imperfect tablet