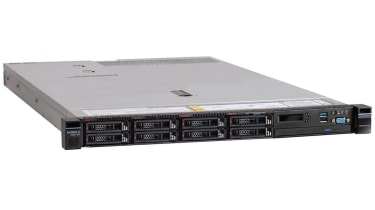 When it comes to buying a convertible laptop, big screen laptops have always had to work a lot harder to stand out from their smaller competitors. There's the added cost that comes with buying larger devices, along with the sacrifice in portability. This was the case with last year's HP Envy x360, where its performance was great but everything else was a little lacklustre.

Now we've got a new model of the Envy x360, but at first glance it doesn't seem like much has changed. The aluminium chassis is matte rather than brushed this time round, and the power button and volume rocker have moved position, but even at its new weight of 2.2kg, it's still a pretty monstrous convertible.

It is, however, a reassuringly rugged device and barely flexes at all when put under pressure. The shiny metal hinge also feels reasonably sturdy, which is crucial when the laptop can flip round up to 360 degrees.

If you're getting a convertible laptop for the 15.6in 1,920 x1,080 resolution display, you'd hope you'd get a pretty fantastic screen to go along with it. Sadly, HP's Envy X360 fails to impress on almost every account, as its overall sRGB colour gamut coverage reaches just 59.6%. This is actually marginally worse than last year's HP Envy x360, and leads to a pretty dull and washed out display overall.

This is a shame, as its contrast ratio of 1,064:1 is actually much more impressive, and the wide viewing angles mean you won't have to adjust the screen all that often when you move or are working on the go in tight, cramped conditions. However, as is often the case with touchscreen laptops, the glossy finish makes fingerprints much more obvious to the eye, and, coupled with its rather low peak brightness of 221.36cd/m2, it becomes quite difficult to see clearly outside in the sun.

It doesn't help that the keyboard isn't particularly comfortable to type on, either. There's very little travel to each key and their plastic casing also feels rather flimsy, which makes typing on it for long periods of time quite uncomfortable.

On the upside, each key is backlit, taking on the same colour as the silver chassis. I'd recommend only using the bright grey backlighting in low light, as it often makes the symbols blend into the keys themselves, getting lost in the rest of the keyboard tray. 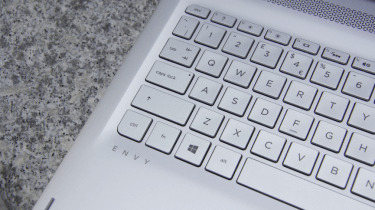 The touchpad, thankfully, is just as responsive as you'd want, performing Windows 10 Multi-Touch gestures without any noticeable fuss. Reactions to inputs feel natural and it never lags behind, either. The touchscreen is similarly responsive, with commendable palm rejection making it a viable alternative to using the touchpad.