Samsung Max is a privacy-centric browser with data saving 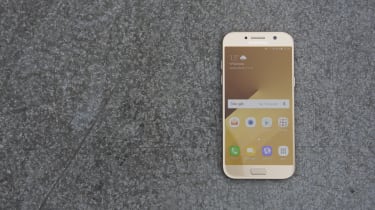 Samsung Max is an app for Samsung-branded Android devices, replacing Opera Max. The app's data-saving mode offers tips for saving data, including offering a breakdown of the apps consuming the most bandwidth and compressing images and video automatically when rendering them in apps and your browser.

"All over the world, data has become a commodity, but many plans are simply still too expensive for consumers that want to get the most out of the latest technology built into their devices," said Seounghoon Oh, vice president of Samsung's R&D Institute in India.

"With Samsung Max, our users in every corner of the globe now have increased autonomy and control over their data usage and privacy in an era of rising security threats, fraudulent apps and user profiling."

Max replaces the Opera Max VPN service previously available on Samsung devices. Opera discontinued the service last August and although it's still operational, users aren't able to download the app from Google Play. Samsung's version will come preinstalled on the budget Galaxy A and Galaxy J series and is available to download from Google Play and the Samsung App store now.