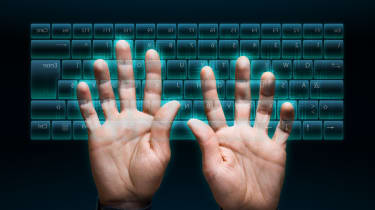 Citrix is acquiring Unidesk, aiming to make it easier for customers to manage and deploy apps and desktops through Xen and XenDesktop, its VDI tools.

Unidesk made its name as an application layering specialist, separating apps from their underlying operating system to ensure IT only has to manage them once then deliver them to any end user device.

"By incorporating Unidesk technology into XenApp and XenDesktop, Citrix advances its industry leadership by offering the most powerful and easy to deploy application layering solution available for delivering and managing app and desktops in the cloud, on-premises and in hybrid deployment environments," said Jeroen van Rotterdam, senior vice president of engineering at Citrix.

The company opted to buy Unidesk because, according to the release, it offers "vastly greater application compatibility" than its rivals, which is central to a layering tool's value to businesses.

To do this, Unidesk layers the entire stack of the Windows workspace as modular virtual disks - slicing it into an OS layer, an apps layer and a writable persistent layer that captures user settings, apps and data.

With Unidesk 4.0, Citrix said customers can more easily move applications into the cloud, because they only need to manage one app image across on-premise and cloud environments.

"We see tremendous value for customers and partners, along with significant potential for growth for our solution [as a result of the acquisition]," said Don Bulens, president and CEO of Unidesk.

"Citrix created the market for VDI and secure app and data delivery and is the clear industry leader, so it makes the most sense to integrate our offerings into a comprehensive solution that makes deployment and management easy, while delivering an unbeatable user experience."

The virtualisation firm will continue selling Unidesk as a standalone product for VMware Horizon and Microsoft virtual desktop deployment customers, it said.

Citrix pushes customers towards its cloud

Citrix also announced new efforts to move customers into the cloud, away from its on-premise licenses.

Those include a XenDesktop Essentials tool to enable users paying for Windows 10 Enterprise on a per-user basis to deploy Windows 10 desktops on Azure, Microsoft's cloud platform, as well as apps with XenApp Essentials (this tool is scheduled for release by March 2017), and smart tools to make deploying new workspaces easier.

"With these products and services, Citrix and Microsoft are meeting partners and customers wherever they are on their journey to the cloud, whether they continue to keep IT infrastructure on-premises, or they are moving to hybrid cloud or public cloud deployments," said P. J. Hough, senior vice president of product and technology at Citrix.

It hopes to encourage customers with XenApp or XenDesktop licenses to move to Citrix Cloud through various trade-up offers that it claims simultaneously support on-premise services and new Citrix Cloud services.

It has also announced an initiative allowing customers to connect their hyperconverged infrastructure appliances to Citrix's cloud, in order to automate the setup and maintenance of its XenApp and XenDesktop Services.