VMware CEO: We have partnerships Dell isn't comfortable with

Virtualisation firm says it's not "tethered" to new owner 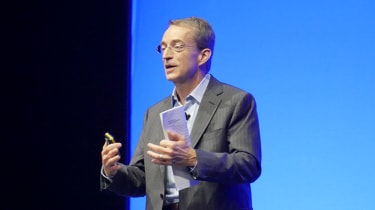 VMware became part of Dell Technologies when Dell acquired the EMC Federation, of which VMware was part, in 2016. There have since been regular questions over the company's independence, particularly its independence from the infrastructure arm of the new business, Dell EMC.

Addressing those questions again from delegates during his second day keynote, Gelsinger said: "I've described three words when we announced the ... acquisition by Dell of EMC: one is independence, second is ecosystem and third, acceleration.

"Independence: we're an independent company ... governed by the board and as Michael [Dell] has said, what's good for VMware is good for Dell Technologies."

He added: "Ecosystem: we will continue to have a vibrant, dynamic, diverse ecosystem, and I think there's nowhere more evident of that than at VMworld. Michael has some partnerships I'm not as comfortable with and I have some that he's not as comfortable with, but overall that's the purpose of having the independence; we can each go forward and thrive in the industry."

He concluded that the third word, acceleration, sees many products come out of these partnerships.

CTO Ray O'Farrell agreed, saying it's important the firm still gets to work with other partners.

"I personally spend a lot of time focused on particularly the technology interactions between the broader Dell Technologies organisation [and VMware]," said O'Farrell.

"It's very empowering [to work with] this enormously powerful IT infrastructure company, we're able to work with them day-to-day, understand how we can leverage some of the things they do and learn from their experience. But at the same time ... I equally get to sit with a broad ecosystem of partners HP, Lenovo and so on all of the players across the industry."

Sanjay Poonen, COO of customer relations, who was on stage with Gelsinger and O'Farrell, added: "We're optimised for [Dell EMC], not tethered to [it]. Dell EMC is a very powerful player now in IT, one of the largest in IT. When they sell servers, we want to attach to them."

He continued: "But not being tethered means that there are some accounts that use Dell servers and maybe NetApp storage, or HPE servers and EMC storage, or none of them ... so we will take advantage of the Dell ecosystem and go-to-market where we can, but never be tethered to it."