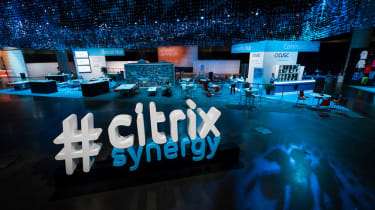 Citrix has ditched its Xen and NetScaler product names in a major rebrand only days following the end of its annual Synergy conference.

Also part of the rebrand, ShareFile will be named Citrix Content Collaboration, and XenServer will be Citrix Hypervisor.

These new products, which comprise a unified Workspace line, also includes Citrix's February acquisition Cedexis, which - after aligning to the "unification plan" - will be named Citrix Intelligent Traffic Management.

Citrix's new Networking line, meanwhile, will see its NetScaler brand phased out entirely with existing products largely retaining their previous identities under a 'Citrix' handle; for example, NetScaler ADC will be known as Citrix ADC.

Only days after wrapping up its annual Synergy conference, this year hosted in Anaheim, California, Citrix quietly rolled out this major rebrand in a new product guide and name unification chart for partners.

"Throughout 2018, you will see exciting changes as we unify our product portfolio," its new guidance said. "As we make it easier to use Citrix products, we're also making it easier to understand the value of our solutions with new names."

"Unifying the experience allows us to simplify our offerings, which requires name changes. Once we've transitioned to the new solutions and names, this effort will make it easier for you to understand the benefits of Citrix as a business and technology partner."

Citrix added that changes to its website, support documentation and user interface will be introduced over the next year as part of a transition process, with businesses and partners given support to make any appropriate changes.

The rebrand emerges days after Citrix unveiled a host of new products at Citrix Synergy 2018, including Citrix Analytics, a machine learning-powered security tool, and the new Workspace App.

CEO David Henshall introduced the Workspace App as "one way to organise, access and open all of your files, regardless of whether they're on your hard drive, on your network drive, on cloud or anywhere in between".

The company were keen to push a unified message and product line, shifting its focus more towards building a better user experience than predominantly focusing on infrastructure, with this rebrand feeding into Citrix's desire to provide a more holistic and unified approach toward transforming the digital workspace.

"Having spent a lot of time working on productivity software before I joined Citrix, I understand the value of reducing clicks, of reducing confusion for users, and really having people have a consistent and seamless experience across all their devices and platforms," he said.

"Their previous product branding was indicative of siloed point solutions having little to no interrelation. This new branding results from the unification of the Citrix product line into an end-to-end offering, capped by the Citrix Workspace interface and experience portal," he said.

"Their challenge may now be in articulating the licensing arrangements associated with the unified suite; and in accepting non-Citrix products - VMware virtualization, F5 ADCs, multivendor SD WANs - into the Workspace experience."

Although references to its Xen and NetScaler brands were kept to a minimum during the company's opening keynote address, products such as XenDesktop and XenApps were often featured in breakaway sessions on the conference floor. But there was no indiciation that Citrix was planning to remove these brands from its line.

IT Pro approached Citrix for comment but its US representatives were not available at the time of writing.