View from the Airport: Citrix Synergy 2019 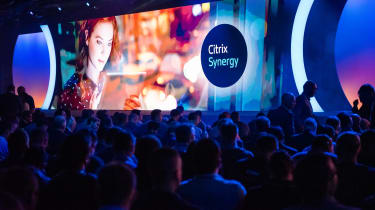 "Enterprise software sucks today, and we've really failed our employees"; these are the words of Sapho co-founder Fouad ElNaggar, parroted by Citrix's CEO David Henshall during the company's main keynote address on day one of Synergy 2019.

When Citrix bought out the six-year-old micro-apps platform for $200 million in 2018, the significance hadn't been fully realised. But in Atlanta, we learned more than anything that ElNaggar's vision for a massively heightened 'employee experience' has been injected directly into the heart of the virtualisation company.

The previous 12 months for Citrix have been at times uncertain and at worst torrid. The spectre of a monster 6TB data breach hung over the company throughout Synergy 2019 because executives left it unaddressed. A blog was published the day before but added little to what we already knew. It was only through conversations with the firm's chief digital risk officer Peter Lefkowitz Cloud Pro was able to gain a sense for how Citrix has tried to learn and move on.

While Citrix didn't so much dazzle, the company did put forward a defined vision that borrows from elements of its past while, by-and-large, feeling fresh enough from its executives' perspective, to get excited about.

A major problem business faces today is that the majority of workers are disengaged. Henshall cited research claiming this figure is as high as 85% The reason? Well, enterprise software 'sucks'. It can be functional but frankly looks like it should belong in a CRT monitor.

The company has pivoted towards improving the user experience (UX) for employees and slashing the time they spend on tasks like filling out expense claims. This chiefly manifests as a host of 'intelligent experience' improvements to its flagship Workspace platform, with the ultimate goal being to return one day per week to workers.

To get there, Citrix is stealing user interface (UI) ideas from social media platforms like Facebook, Instagram and Twitter, which the firm concedes is pulling well ahead of the enterprise space. Never-ending newsfeeds, notifications that demand your attention, and single-click buttons are making their way into business software to keep employees switched on in their work lives. This element of consumerisation, according to Chris Marsh, research director at 451 research, is not novel but a much-needed idea that hasn't yet caught on.

"Enterprise software has been woefully bad at engaging its users," Marsh told Cloud Pro. "What Citrix is trying to counter is the fragmentation of work across the multiple apps employees are using and all the context switching and productivity losses that result in.

"It's of course in its interest to have users spend more time in its Workspace but it has a decent rationale as to why a single plane centralising otherwise diffuse and siloed information is necessary and could provide a good experience."

But assuming there's truth to this "disengagement epidemic", to what extent would revitalising clunky UIs make up for other workplace bugbears? I'm thinking along the lines of bad colleague relations, a nasty commute, or the nature of the work itself? Even on the software front, this model can't solve everything.

"Lightweight, task-based actions it's pitching its micro-apps as solving are just a fragment of the kinds of work the typical employee has to do," Marsh continued. "It might be problematic if that's all Workspace natively enables, i.e. you'd be having to go to its micro-apps for some things, yet everything else still happens within other apps.

"I suspect however that through partners and it's micro-app builder strategy it'll widen out what can be intelligently surfaced from other apps into the cards."

Citrix has shifted through several guises in previous years, and ironically even pitched itself as a "new breed of security company" just two years ago. But, with a great dose of inspiration from the startup it acquired last year, the Citrix of 2019 appears to have finally stumbled upon what it believes is a roadmap for building the 'future of work'. Time will tell whether it gets lost on the way.