‘And when Gelsinger saw the breadth of his domain, he wept, for there were no more clouds to conquer’ 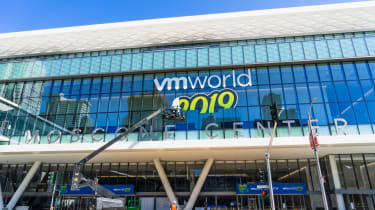 Time, as the saying goes, makes fools of us all. When I first sat down to write this column on Wednesday afternoon, it had been less than a week since VMware announced its intention to purchase fellow Dell Technologies brand Pivotal. While the news would doubtless be on everyone's mind, I assumed we wouldn't actually hear anything about it at this year's VMworld, and I structured my predictions accordingly. After all, I thought, surely they're not likely to close such a big acquisition in less than a fortnight.

Well, you know what they say about assumptions.

In what I suspect is a move designed specifically to make my life more difficult, CEO Pat Gelsinger has just confirmed that not only is VMware purchasing Pivotal (for the princely sum of $2.7 billion, no less) it's also snapping up security firm Carbon Black.

In light of these developments, it doesn't take a genius to figure out what the big themes of this year's show are going to be. While we probably won't learn too much specifically about how Gelsinger intends to integrate his new toys into the company the deals won't close until the end of January next year expect an update on VMware's strategy and roadmap with security and cloud at the centre.

In terms of specific product updates, public cloud is probably going to feature heavily. Last year's VMworld events (both European and US variants) saw the company announce deeper and more powerful integrations with Amazon Web Services across multiple products and use-cases, which is likely to continue this year.

Dell Technologies World in April also saw VMware and Microsoft surprise delegates by jointly announcing native VMware support on Azure. Expect more news on that front too, as the two companies deepen their partnership. If I had to guess, we'd bet that part of this will be an integration of some kind between Azure Networking and VMware NSX a product that will probably be the focus of a significant portion of VMware's show.

To round out the 'Big Three' public cloud providers, I wouldn't be surprised to hear more news about support for VMware on Google Cloud Platform, either. First announced late last month, the combination of VMware Cloud Foundation with GCP gives VMware pretty much comprehensive coverage of the public cloud landscape.

Moving on from public cloud, the general availability of VMware Cloud on Dell EMC the company's subscription-based on-premise data centre as a service offering is likely to be announced at the event, too. Also announced at Dell Technologies World this year, the service is scheduled for the second half of this year, but has yet to be formally rolled out to customers.

Regardless, the stage is set for a packed-to-bursting show. VMware has gone from strength to strength in recent years, cementing itself as the go-to virtualisation provider and proving its technical nous through smart investments in areas like software-defined networking and containerisation. With two more substantial companies being brought into the fold, we're interested to see where the company goes from here.