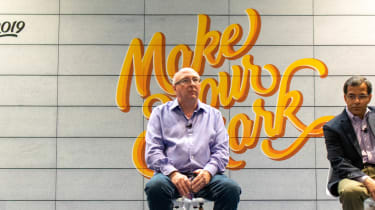 VMware has just announced a shakeup to its executive lineup, as CTO Ray O'Farrell transitions to a new role within the business.

Announced as part of VMworld 2019's final keynote presentation, CEO Pat Gelsinger revealed that O'Farrell will be stepping away from the position of global CTO and will be replaced in the job by senior vice president and CTO of cloud architecture, Greg Lavender.

"Ladies and gentlemen, it's my pleasure to introduce the new CTO for VMware and friend for many, many years," Gelsinger said; "an academic at UT Austin, and a longtime product guy at Cisco, and at Sun, a user at Citi and now part of the VMware family: VMware's new CTO, Greg Lavender."

O'Farrell has been with the company since 2003 and has led the company's technology strategy as CTO for the past four years, seeing the company through the Dell merger and its growing support for public and hybrid cloud.

The growing importance of cloud architecture has been a signature of O'Farrell's tenure as CTO, and will continue to be so in his new role. He will be heading up VMware's cloud-native division, working with projects like its forthcoming Tanzu family and PKS, as well as managing the integration of new acquisitions Pivotal and Carbon Black.

"You've heard us say how important Kubernetes is for us," Gelsinger said, "the Tanzu strategy that we've laid out, the Pivotal merger that we're working on aggressively. And I couldn't think of a better, more capable leader to bring these capabilities than our 16 year veteran. He's done products and code, and now CTO for five years; it's my pleasure to announce Ray O'Farrell as the leader of our cloud-native efforts going forward."

A significant part of O'Farrell's new role will revolve around the forthcoming acquisition of Pivotal, including the integration of Pivotal's existing portfolio into VMware's products and developing new products based on its technology.

"We already have several hundred people in [the cloud native applications] space and it's obviously the intent to acquire Pivotal, which will begin to change some of that as well. So we've got to work through all of that," O'Farrell told IT Pro. "My role is to make sure that we can bring this together in the best possible fashion and my role... is to work out how do we bring these products together and deliver products to our customers."

"I'm very clear on what I'm focused on in terms of driving the integration and driving towards delivering products which solve the problems we heard about on stage." 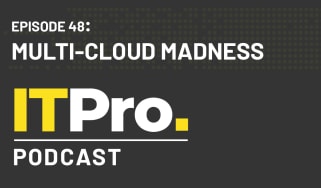