Amazon moves to make Alexa available for all car makers 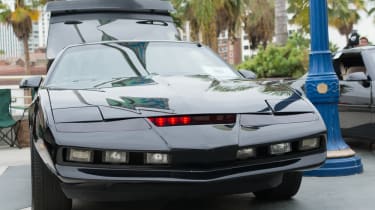 Alexa could soon be making its way into your car after Amazon released a toolkit for developers to integrate the voice assistant into vehicles.

The Alexa Auto SDK has been made available on GitHub with Alexa's core functions, such as media streaming, smart home controls and third-party skills. New features specifically for cars, such as navigation, are also available.

"Amazon wants Alexa to be available in as many parts of our lives as possible. It has been working with individual automakers for a while. But the release of the Alexa auto software tools opens the market up, enabling all automotive players to offer Alexa working with a wide range of the car's infotainment functions," said Martin Garner, SVP at CCS Insight.

"Car makers are in the middle of a large transition to make the car's cockpit an integral part of our daily digital lives. An intelligent voice interface is a perfect fit, and a huge boost to their ambitions as infotainment systems become ever more complicated."

Voice assistants in cars were made a popular fantasy in the 80's with David Hasselhoff's Knight Rider TV series that featured a Pontiac Trans Am with an onboard AI called KITT that was able to to have natural-language conversations with the driver.

While that childhood fantasy is still far off in the future, connected cars with the same functions you might find in the smart home are fast becoming reality. Amazon has already been working with car manufacturers such as Ford, BMW and Toyota to integrate the voice assistant in vehicles.

However, the source code for Alexa has been opened up for all to use. The SDK will allow for streaming media from Amazon Music and other popular radio stations and will allow you to make phone calls by saying the name of the person you'd like to speak to, as you would with your Amazon Echo.

There is a local search feature that lets you search for restaurants, cinemas, supermarkets, hotels, specific addresses and points of interest like landmarks.

Anker and Garmin are also said to be working on devices that plug into cars to bring Alexa to older models.