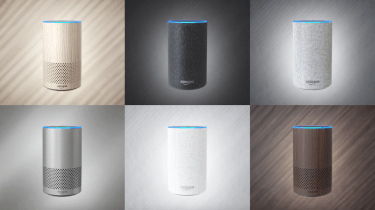 As part of Amazon's launch of new smart home products, the firm also lifted the lid on its Alexa Presentation Language (APL) that will allow developers to integrate Alexa with new screen-based products.

The language lets developers build voice-based apps such as images and video and customise them for display-based devices, such as smart displays, ambient screens, tablets, TVs, and more.

APL will be available through two SDKs. The Alexa Smart Screen and TV SDK for Android provides an application package that brings Echo Show-like visual experiences to tablets, TVs, and other screen-based products. Amazon said the Android variant gives a device to the same technology behind the next generation Echo Show.

The other SDL is the Alexa Smart Screen and TV SDK for Linux. It said this SDK includes new capabilities and a new web-based visual runtime that renders the new visual skills and interactions authored using APL.

"Because the new SDK and dev kit were built using the same core technology from the all-new Echo Show, device makers can build a truly differentiated products while continuing to deliver a more consistent experience. We cannot wait to see what they create," said Pete Thompson, vice president of Alexa Voice Service

Among the manufacturers using APL in their products are Lenovo, which has used Alexa Smart Screen and TV Device SDK for Android in beta to develop the Lenovo Smart Tabs. Sony is also said to be collaborating on integration with Amazon Echo. Customers will be able to talk to Alexa through the Echo and see TV responses on music and camera feeds.

Commercial device makers interested in using the Alexa Smart Screen and TV Device SDK can sign-up to request an invite to the developer preview.

Pushing Alexa further and farther appears to be a major focus for Amazon, as highlighted by Geoff Blaber, vice president of research for CCS Insight's Americas division.

"Amazon is doubling down on its strategy of integrating Alexa far and wide into appliances, consumer electronics and cars. It's notable that Amazon is not just relying on pre-integration in new products, but enabling existing home appliances and devices through connectors and adapters in an effort to drive utility and usage," Blaber said in a statement sent to IT Pro.

"Alexa benefits from the same network effect as a Facebook or Twitter. The more devices and appliances that are connected to Alexa, the more useful it becomes. Amazon is maximizing this through a huge range of new APIs, features, devices and companion hardware that promise to extend Alexa's role in the home and car."