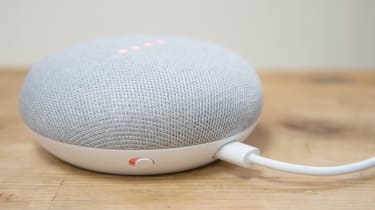 The banking giant will soon allow customers to log in to their bank account by speaking to a Google Home speaker, according to the Guardian.

Through a trial of the service, customers will be able to ask the smart speaker to read out basic information from their banking account. For example, they could ask for their balance, latest and pending transactions.

But if the trial goes well, customers could have access to even more advanced features in the future. NatWest confirmed that users may one day be able to transfer funds and pay bills using the system.

NatWest customers will be able to access their accounts via the service by saying aloud two digits of a four-digit password. To use the service, they must set up voice banking through an existing online banking account.

The bank intends to trial voice banking with 500 customers over the next three months, before evaluating the results and launching a wider rollout.

Speaking to the Guardian, NatWest claimed that the technology could be the biggest revolution in the financial services industry since the rise of mobile banking.

Kristen Bennie, head of 'Open Experience' at NatWest, said: "We are exploring voice banking for the first time and think it could mark the beginning of a major change to how customers manage their finances in the same way mobile banking made a huge impact."

The scheme follows a trial between NatWest and RBS in March that saw the roll out of biometric bank cards to 200 customers, allowing them to verify transactions using a fingerprint.

While many people will no doubt be fine with online banking, voice banking could prove popular for people with disabilities and those that find it difficult to read from screens.

However, the announcement of the technology has raised legitimate concerns around security. Just last month, it emerged that Google contractors could listen to recordings from Google Assistant.

Technology analyst Paolo Pescatore told IT Pro: "Every vertical is looking at how technology and voice can revolutionise their businesses and add value for users.

"For sure, voice is a killer feature for users as it removes the complexity of accessing everyday tasks. However, this use case highlights potential security vulnerabilities. Some individuals will abuse the system by recording people's voices to access accounts or hack into recordings."