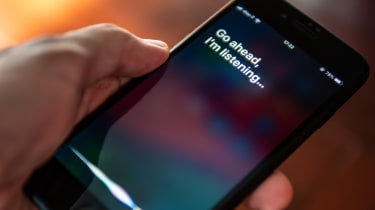 Hundreds of contractors who were hired to listen to Siri recordings are being removed from their roles after Apple shut down the programme earlier this month.

More than 300 contract workers in Apple's Cork facility were placed on paid leave from 2 August when Apple suspended its 'grading' project pending a review. These workers have now been informed their contracts are being terminated, according to the Guardian.

The controversial programme saw criticism from privacy advocates after it emerged Apple workers were listening to recordings users had made via Apple's flagship voice assistant. This included things like sensitive medical information.

Contractors were hired through third-party firms as part of the grading process to examine audio recordings for errors.

"Our goal with Siri, the pioneering intelligent assistant, is to provide the best experience for our customers while vigilantly protecting their privacy," Apple said in a statement.

"We know that customers have been concerned by recent reports of people listening to audio Siri recordings as part of our Siri quality evaluation process - which we call grading.

"We heard their concerns, immediately suspended human grading of Siri requests and began a thorough review of our practices and policies. We've decided to make some changes to Siri as a result."

Following its review, Apple has decided to resume its grading programme later in the year, but will no longer retain audio recordings of Siri interactions by default. The firm will also allow users to opt-in to allowing humans to examine their interactions. For customers who opt-in, too, only full Apple employees will be allowed to listen to audio samples.

The more than 300 contractors previously hired to work on the programme, however, now find themselves without work. The graders were initially sent home when reports first emerged as they were told there was no work due to "technical errors". They were abruptly told last week, however, that their contracts would be terminated.

The story follows news that Microsoft also hired contractors to listen to personal Skype calls made using the app's translation function. It was also reported these workers reviewed voice commands made to the company's Cortana voice assistant.

IT Pro approached Apple for comment but the company did not reply at the time of writing.