How to choose the right phone for your VoIP needs

You’ve made the switch to a legacy-free VoIP system. Now you need to choose the right phone to match your workforce’s requirements... 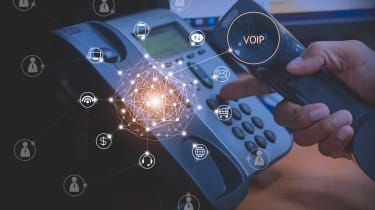 It's hard to get accurate advice on which IP phone to buy. There are plenty of advice articles on the internet, but they're often vague and it's not always clear whether they're simply there to make you buy the most expensive phone. To dig beneath the details, we spoke to Nicolas Borg, product manager for 3CX and a veteran of many VoIP systems in businesses.

While some of his advice is specific to 3CX, a lot of it applies to anyone considering an IP phone. And as will become clear, he's just as keen for you to buy the right phone for your VoIP system as you will be.

First things first: what, we asked Nicolas, was the difference between SIP and IP phones. Or was that a stupid question? "It's not a stupid question! Yes, all SIP phones are IP phones, but you need to understand that there are many different VoIP protocols out there. They're like languages. So, when you're buying a SIP phone, you're buying a phone that can talk in SIP language and because 3CX has chosen SIP, you need to make sure that your chosen IP phone speaks SIP."

Do you need a hardware phone at all?

Surely, we suggested, people can get away with softphones? Isn't that why 3CX puts so much effort into the apps for Android and iOS phones? "Some people want a phone. They want to pick it up to answer it, they want to dial the numbers," said Borg. "I would reverse the question and look at it from the point of view of an administrator or the users themselves." 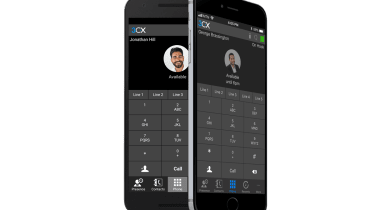 Borg cited the example of a 24/7 call centre where people will be sharing desks: you need to not only have a hardware phone, but make sure it supports hotdesking. Contrast that to a delivery service: "So, this guy is always in a truck or van. I would make sure I give him an app on a phone. It depends on the nature of your work and what you want from your apparatus."

Match the user's needs to the phone

This raises a wider point the need to match the phone to the specific user's requirements. If you start hunting for an IP phone, you'll be bombarded with features: colour screens; multi-way voice conferencing; dual Gigabit ports; Power-over-Ethernet (PoE); wireless versus wired; support for a dozen lines and multiple SIP accounts; HD audio; video. How do you choose what's right for your business?

"First of all, try not to buy too many different types of phones. Certainly buy phones from the same manufacturer, if you can," said Borg. "That's because administration of phones in today's world is extremely important, and often neglected. A phone is a living entity on my network. This thing can be compromised. You can have man-in-the-middle attacks, you can have eavesdropping. You need to keep this phone up to date. So maintaining many different types of phones is asking for trouble."

That doesn't mean buying one phone and giving it to every single person in the business. But it does mean that all people doing a similar type of job should have the same phone. For example, executives will benefit from a compact phone with few buttons but a clear LCD that shows them who's calling, but if you're outfitting a sales floor then you may not need an LCD at all. You might also choose PoE for flexibility of seating and to save on running costs. Take the time to understand the benefit of each feature and match it to the user case.

"Take the example of a busy guy, focusing on his work it would be good to alert him with an audio cue that says whether it's a sales call or a technical call. If for example it says tweet tweet tweet', that's his sales cue. He knows what kind of call is coming in and can prepare for it. That's how you need to think about features. How can you make your staff more productive, more efficient?" 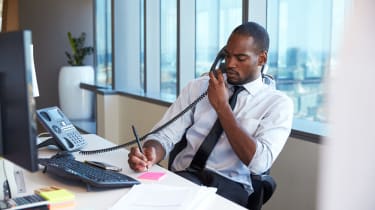 So what about specific examples: an executive may want a flashier phone than others in the office, but is there really any argument for this other than status? "The executive is on top of the chain," said Borg. "You don't want to waste his or her time with speculative calls, so you filter them. The CEO might assign a pool or people to be his first barrier, and they'll need to know exactly who's calling."

Borg points out they will also need the highest-quality audio and support for multi-way audio conferencing, and while they may not yet make video calls this is now an ever-present feature on executive-level phones. "Also, executive phones are more compact and have fewer buttons, as opposed to receptionist's phones, which would have more buttons, more lights blinking, more statuses, more notifications." Talking of which...

"Normally, a receptionist's phone needs to be pretty pumped up," enthused Borg. "There are some receptionists who have enormous amounts of calls to make." As such, they need a way to handle all those calls and to make sure they don't transfer a call to someone who's already busy. A key weapon to handle this is a sidecar.

"If you have a company with 500 people in it, how can the receptionist see if someone's already on a call? A busy lamp field (BLF) helps, but a normal phone only has maybe seven keys or, if it's digital, you can swap between pages and get about 40. But beyond that you need more. Attach a sidecar, even two sidecars, four sidecars, and these will extend your lamps from tens to hundreds."

That doesn't mean you need to cram in features, though video probably isn't necessary, or five-way audio conferences.

One of the biggest advantages of some IP phones is that users can log into them in the same way they do their computer. That's perfect for an office based on hotdesking or that operates 24/7 in shifts. "Let's say you come in at 8am," said Borg. "The phone on your desk is in neutral' mode, but once you enter your username and password, it becomes your phone. All your caller ID. All your logging. Your shortcuts. It's time for you to go home? Log out of the phone and everything is cleared. The next person is in, they have a fresh phone. That's extremely popular in call centres."

This isn't some cleverness on the part of the phone, Borg explains. "It's because the IT team has set up your profile, just like they do on your workstation. You can make incredible cost savings."

Which brings us to the thorny matter of paying for all of this. Let's say you've asked for a quote for phones and it's come in too high 20% above budget. How do you choose where to make your savings? And where shouldn't you compromise? "The first thing I ask our customers is What do you have now?' because what you own already can sometimes be reused," said Borg. "Don't forget, 3CX also works on a lot of legacy phones, and sometimes you only need a phone to make and take calls. 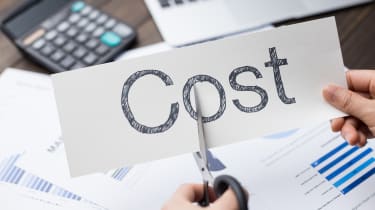 Don't be afraid to strip to the minimum feature set either. "Many small businesses don't need all these fancy features. It's just enough to hold and resume. You don't need to make a three-way audio conference, you can live without headset integration."

The cost savings don't end there. "There are things that can really cut costs. For example, look at screen size and the size of the phone. Perhaps your users want smaller phones, a smaller display. Perhaps monochrome is fine. I've been using a monochrome display on my phone and it's pretty clear I have my message indicator, my caller ID coming in, I can see everything.

"You can cut costs on energy, too. Why buy phones with a power supply when you can use PoE? It might be more expensive now, but in the long run, it will save you money. And, similarly, look for phones that can save energy. As the admin, I don't want 500 phones with bright displays that never dim."

Head to www.3cx.com/sip-phones and you'll see a long list of SIP phones that 3CX recommends for its system. Is it a problem if you choose different ones? "Yes, that's going to be a problem! 3CX and the phones are in an intimate relationship it takes two to tango. We've actually seen cases where the PBX malfunctions because of unsupported phones."

So why does it matter so much? "It's a matter of language. Let's say you buy a phone designed for a proprietary PBX. How can it understand what 3CX is saying to it?"

3CX also works hard to ensure that all the phones it recommends are secure from the latest threats and work with any updates to the 3CX Phone System. "There's a guarantee behind that list that trained staff are checking firmware updates, checking for vulnerabilities, checking how well the phone behaves, to give you the best user experience."

You can also rest assured that, if a problem is found, 3CX will be in direct contact with the phone manufacturer to fix it. "I have a relationship with the manufacturers on that list. I can go and tell them, There's a problem, an LDP doesn't work, it's crashing this customer. We have to do something about it.' And you see the fixes come in the next update. If your phone isn't on that list, we can't support it. We don't have the phone, we can't test it, and who is going to update the firmware to fix the problem? We don't have the relationship so we can't fix it. 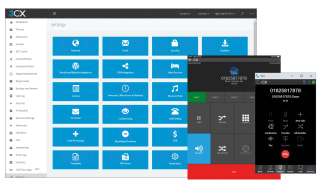 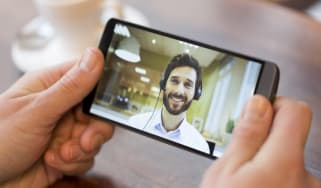 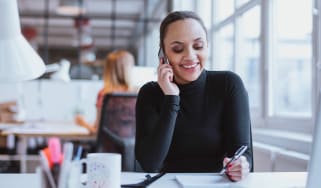 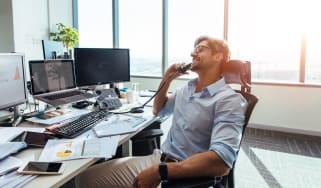