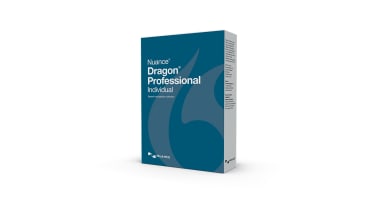 The latest version of Nuance's speech recognition software, Dragon Professional Individual extends and enhances the program to make it still more flexible and convenient as an alternative to typing.

Designed for the busy professional  a home worker, sole trader or anybody who doesn't require centralised administration of their speech recognition it's also geared to work with Nuance's new cloud-based product, Dragon Anywhere, when it launches early in 2016.

Dragon PI builds on the speech recognition engine of earlier versions, which was already extremely accurate, and concentrates on its automation and transcription abilities to improve productivity still further, from a wider range of devices.

The key advantage to using Dragon for text dictation and control is the speed and accuracy it provides. Even if you're a competent touch typist, and many people aren't, you should notice at least a three-fold increase in creation speed when you dictate text, rather than typing it.

If you're an existing Dragon NaturallySpeaking user, upgrading to the new product is very straightforward. The software installs over the previous version and updates existing profiles to work with the new application. It also requests and then downloads and installs browser extensions, to enable it to be used with Internet Explorer, Chrome or Firefox.

The software works with a wired or Bluetooth headsets, as it always has, but now it also works with many microphones built into laptops and other devices, so you don't have to dress up' before using the software.

The program is controlled via the Dragon Bar, a small control panel which sits at the top of the screen by default, and zooms itself down to not much more than a button when you're using other applications. Conventional menus give access to tools, vocabulary and your speech profiles and there is also access to Dragon's copious help system. There's a command cheat sheet included in the online help, but it's a shame this isn't provided as a printed sheet, too.

You don't have to train the software and can use it straight out-of-the-box with a recognition accuracy of more than 99 per cent, or less than one word in a hundred will be incorrect. This review was dictated, and we only had six corrections to make. Spelling errors are a thing of the past and only homonyms, like to' for too' can occasionally cause a problem, though even these are rare.

If you are new to Dragon speech recognition, you will welcome the improved help via the simple command What can I say?' which calls up a quick menu showing the most frequently-used spoken commands. This menu is context-sensitive, so you're not drowned in long lists of all available commands.

If you use phrases repeatedly, you can further increase your productivity by creating Auto-text boilerplates. Using the redesigned Dictation Box, quite intricately structured paragraphs can be entered and assigned an Auto-text name, which can then be used when dictating, to insert the standard text.

This technique can now be extended by the use of variables in the Auto-text name, so you can, for example, add a person's name to a salutation Auto-text, simply by saying it after calling the Auto-text.

In early 2016, Nuance will be launching Dragon Anywhere, a new speech recognition application which works from the cloud and can be used on iOS and Android devices. Dictation files can be moved between different versions of Dragon's software, while customisations, such as preferences and auto-texts, can be easily synced between the two products.

You could, for example, create a simple form and attach it to an Auto-text command, which would then insert it into any new document. As well as being available within Dragon PI, any new command will also be available immediately to any device using Dragon Anywhere, simply by setting the two applications to sync automatically.

You don't have to dictate directly into your PC, as Dragon can transcribe from audio files created with a variety of different recorders. You may want to record notes while on a train, for example, and then have the software transcribe these into Word, RTF or text files when you get home or back to your office.

You can have several sources set up within the program, so the software adapts to the particular recording device you're transcribing from, such as a digital recorder, phone or tablet. With the last two, though, Dragon Anywhere may prove a more convenient choice.

As an extension to the program's transcription facilities, you can specify a watch folder', where any new audio files will automatically be transcribed; simply copying files there will create corresponding text files.

Dragon is not restricted to taking dictation in Word. It can also be used for controlling other Office applications, like Excel and Outlook and works with the three main Internet browsers: Internet Explorer, Chrome and Firefox, using extensions which are available as free downloads.

Within a browser, the software can be used to control applications like Gmail and Wordpress and create and edit emails and blogs. Wherever you use Dragon, you can combine spoken commands and text creation with the standard keyboard and mouse use to get the most productive combination of control methods for your personal requirements.

Word processing and browser use are not isolated features, but work together in useful ways, such as when sending an email. Giving the command send e-mail' from within Word wraps up the current document as an attachment, opens Outlook and creates a new email, for you to simply add recipient and any covering text; much quicker than the conventional route.

This product continues Dragon's evolution as a productivity tool for anybody concerned about or inundated with text creation in their day-to-day work. A very high level of accuracy is taken as read and this latest iteration of the product concentrates on ease-of-use and facilities to automate regular tasks. A little time invested in customising the product to your own needs can produce benefits which you'll appreciate for much longer.

This article is brought to you in association with Nuance.