Is the UK headed towards a voice tech skills shortage?

Report predicts voice tech will be integral to future businesses, but firms will struggle to meet rising skills demand 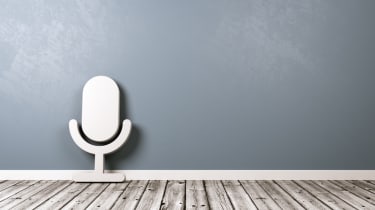 Voice technology will be the next major skills gap in the UK IT industry as demand climbs over the next five years, a report has claimed.

The vocal recognition talent pool comprises just 6,000 workers across the country, who are already demanding rising salaries for analytical and developmental work, with businesses already finding it difficult to recruit.

Based on a 2018 forecast the global industry will grow 19.8% to reach $8.3 billion in the next five years, with UK organisations expected to struggle to meet the rising demand unless they adapt the hiring process.

The authors of the report titled 'The rise of voice technology', published by IT resourcing firm Experis, explored how UK businesses might cope as vocal recognition, and its intersection with AI, becomes more widespread.

"While voice technology has been around in the consumer world for the past few years, enterprise adoption will be the next major focus for organisations," said Martin Ewings, director of specialist markets at Experis.

"It will impact every technology interface and could transform the employee and customer experience. As a result, the available talent pool will soon be exhausted.

"Today, the top salaries for Technical Architects in voice technology are in line with similar roles in other technology disciplines. But these salaries will rise as candidate availability becomes stretched."

The report has dubbed the integration of voice technology into businesses, and the talent shopping list it will generate, as a "potential game changer". But the industry is in its infancy, with hiring demand still relatively low for individuals with voice technology skills.

Average salaries, according to findings, start at 18,000 and rise to 75,000 per year for more senior roles, such as for technical architects.

But location is the most crucial element for firms looking to hire given how lacking the vast majority of regions across the UK are in the right talent pool. According to the Industry Insiders report, most talent is based in the South East in London, with a moderately-sized pool also based in the East and North West of England.

Also reflecting the wider industry, the gender breakdown is weighed heavily towards men, with an 84% to 16% split of men to women. The report warned that excluding women from setting norms and parameters of this new technology will raise the likelihood of bias being developed into the software.

Organisations must also extend beyond software developers to business analysts and enterprise architects, the report said, with voice being integrated into a business' cloud strategy, security architecture and data model, among other areas.

"Businesses need to get ahead of the potential talent shortage by targeting those with adjacent skills in coding languages like C, C++, Java, and PHP," Martin Ewings continued.

"Employers must look both within and beyond their businesses for talent and consider cross-training those with relevant coding skills to fill the anticipated void in voice technology talent."

The report recommended that turning to candidates with transferrable skills could pose a solution to the looming talent crisis, such as hiring workers proficient in similar coding languages. Those with C, C++, Java and PHP skills are particularly valuable, as it could expand a talent pool from some near-6,000 to almost 85,000 candidates.

Several recommendations, including upskilling workers from declining industries and providing an attractive route for workers to acquire voice skills, were issued that could help businesses preemptively plug any future skills gap.

Experis, for instance, highlighted one case in which hundreds of under-employed textile workers were retrained to fill a skills crisis one of the most advanced motorsport manufacturers was experiencing.

With the help of technical schools, universities and the government, the workers were able to fabricate stronger, lighter-weight components for the car manufacturer.

"Since voice technology remains in its infancy, there are a limited number of specialists to meet demand," the report concluded. This means it is important to consider how individuals from IT specialisms that are experiencing a reduction in hiring demand can be redeployed in this emerging field.

"What's more, it is also important to remember that voice technology is not a standalone project or initiative. To be effective, it must seamlessly dovetail into every element of your IT strategy, which will require significant training efforts to ensure your IT department at large is prepared for this next wave in computing."