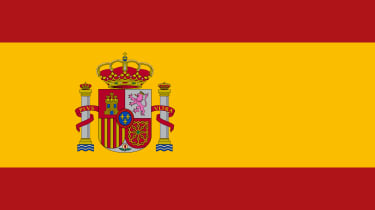 A spate of cyber attacks on Spanish companies has raised fears of a repeat of the 2016 WannaCry attacks, according to experts.

Spain's National Security Department, a radio station and a data centre have all reportedly been hit by the Ryuk ransomware, which has been heavily linked to a number of UK attacks.

Everis, which is a Spanish data centre, sent its workforce home following the attack, instructing staff not to use its mobile devices, according to Xataka.

These fresh bouts of ransomware attacks against Spanish public and private organisations, including SER Radio, are certainly devastating, but unfortunately not surprising, according to Bill Conner CEO of SonicWall.

Conner, who is also a cyber security advisor to the UK and US governments, noted that the UK had seen a 195% hike in ransomware attacks in the first half of 2019.

"It's only to be expected that cybercriminals will try the same tactics in other countries," he said. "Spain, in this case, is where one of the first instances of WannaCry was documented and today's malware has remarkable similarities.

"Ryuk ransomware is specifically designed to harm business environments, and reportedly, the attackers have placed bitcoin ransoms between 1.7 BTC (12.2 thousand) and 99 BTC (713.7 thousand). This is another proof that attackers know perfectly well who to attack and how much they can afford to pay for the recovery of their files, and businesses should not underestimate their resources."

Conner added that with ransomware as a service kits going on sale for less than 30 in the Dark Web, anyone with very basic coding skills can deploy attacks like Ryuk.

"The only way for organisations to avoid suffering the same crippling effects is to implement and maintain a layered security solution able to withstand this type of hostile action and protect the organisation on all levels," he added.