Firefox will block ad tracking by default in privacy revamp 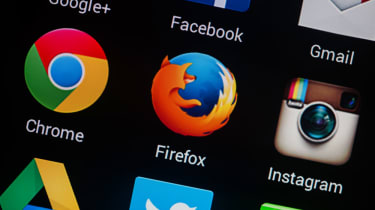 Firefox will block ad tracking by default while giving users more controls over the information they share with websites while browsing.

Over the next few months, Mozilla will roll out its three-part privacy revamp that will aim to improve page-load performance, remove cross-site tracking, and mitigate deceptive practices such as users being digitally "fingerprinted".

Firstly, Mozilla will immediately block slow-loading third party trackers which, it says, are detrimental to the overall browsing experience. The developers will be testing the feature in September, and will start blocking trackers by default in Firefox 63 if successful.

"Some of the negative effects of unchecked tracking are easy to notice, namely eerily-specific targeted advertising and a loss of performance on the web," said Mozilla's vice president for Firefox Nick Nguyen.

"However, many of the harms of unchecked data collection are completely opaque to users and experts alike, only to be revealed piecemeal by major data breaches.

"In the near future, Firefox will -- by default -- protect users by blocking tracking while also offering a clear set of controls to give our users more choice over what information they share with sites."

Cross-site tracking, a practice which Mozilla likens to vendors following shoppers between different stores on the high street to spy on what else they purchase, will also be discarded in Firefox 65 if it proves successful when trialled among beta users next month.

'Harmful' practices, meanwhile, such as websites invisibly collecting identifiable user information, for example users being 'fingerprinting' - or even the use of cryptocurrency mining scripts - are becoming increasingly common, Mozilla says. The company is hoping to eliminate these practices by default in future versions of Firefox.

"This is about more than protecting users -- it's about giving them a voice. Some sites will continue to want user data in exchange for content, but now they will have to ask for it, a positive change for people who up until now had no idea of the value exchange they were asked to make," Nguyen continued.

Although the changes will not be implemented in the full Firefox build until at least October, Firefox Nightly users will be able to configure the first of the two new features via the control centre menu, which will present new 'content blocking' options.