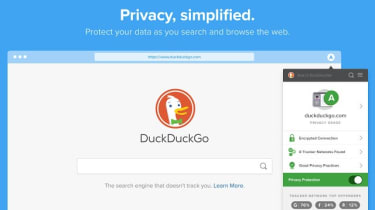 Google has quietly added pro-privacy search engine DuckDuckGo to its Chrome browser in 60 countries around the world.

The new option came bundled in the Chromium 73 update and means customers who don't want to share their search data with website owners can do so using the alternative search engine.

Google said that it had decided to include the search engine option based on usage data in its territories. Presumably, DuckDuckGo is a popular service in the areas it's now available in, despite being a direct rival to the company.

DuckDuckGo was already available as a Chrome extension, but this latest news means it's now hard-coded into the platform. The move does mean that other search engines have been removed, including Yahoo and AOL.

The search engine doesn't save any data like Google or many of its mainstream rivals, so if you don't want to be bombarded with adverts from companies you've searched for or just don't want your activity tracked, you can opt to use the alternative right from Chrome.

French pro-privacy search engine Qwant has also been added to Chromium in its native France territory. However, the company's founder Eric Leandri was a little upset Google didn't add the option into Chromium for those accessing the browser in Italy and Germany, where it has a firm following.

He recommended Qwant users opt to use Firefox and the Brave browser, saying Chrome's privacy policies are still not on par with competitors.