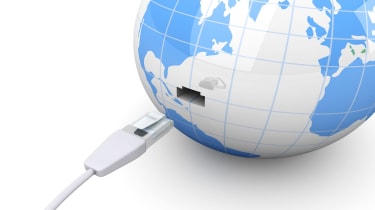 The arrival of the internet has hit the newspaper industry hard. Not so long ago, news was metered out in throughout the day, starting with the delivery of the morning paper and breakfast news bulletins on TV and radio.

The range of stories you could hear about was limited to whatever would fit in a half hour news programme, or five minute radio segment, and the stuff featured in the newspapers was sometimes out of date before it had finished being printed.

If you wanted breaking news, you could always try Teletext, but again by the time the page had eventually loaded, you'd probably have stopped caring anyway.

The arrival of the internet has not only made it easier to access up-to-the-minute news updates, but the breadth of stories people can access now has widened.

Whether it's stories about Hollywood starlets, updates on overseas conflicts, political matters or offbeat local news you're interested in, the World Wide Web has your back.

All this has come at the expense of newspaper sales, both national and local, and some might argue that we don't necessarily need to umpteen hourly updates each day about what Kim Kardashian and her ilk are wearing.

But, no-one's forcing anyone to read stories they're not interested in and for those who like knowing stuff like that, it must be comforting to know the news you're after is only a Google search away.

There's no denying the internet has made it easier for people to find out information, but there is also a school of thought that having ready-access to so much data has made people lazy.

Rather than think through problems, they use Google to search for a solution instead.

Some people also place higher value on the amount of time spent trawling through textbooks (or spinning up Encarta CD-Roms, if you're a child of the 1990s) than how long a person spends searching the web for the same details.

A web search may not require the same level of effort, but it's more efficient, and as is the case with news the information is more likely to be up to date than some fusty, old textbook.

That being said, it's not always possible to verify the information people share on the web as accurate, but that doesn't stop web users repeating it as fact. So, use it with caution.

Looking for work is a laborious process at the best of times, but the launch of online recruitment sites such as Monster or Jobs.co.uk have taken away the heavy lifting involved.

Typically, jobseekers simply have to upload their CVs to these sites, and then their skills, experience and location are matched to the sites' database of available vacancies.

They can then apply for any jobs that take their fancy, and while they wait for the interview offers to roll in the sites will usually update them with alerts about new job openings  too.

Contrast this to years gone by when people had to rely on newspaper listings for job adverts, the postal service to deliver their CVs, and - as a result - wait weeks for a response.

Obviously, you're not guaranteed a response (positive or otherwise) by using an online recruitment site, but there are usually so many vacancies at your fingertips, it's a lot easier to apply for another.

There was a time when online dating was considered to be the preserve of the desperate, but that's not the case anymore.

Use of dating sites has grown in acceptance as people have become more accustomed to communicating online, thanks to the likes of Facebook and Twitter, and the realisation that the UK's working and commuting culture doesn't leave people with a lot of time to look for love.

That's why individuals are increasingly turning to the likes of Match.com and eHarmony in pursuit of love and companionship, no doubt buoyed by numerous stories of successful couplings that have been engineered by these sites.

Rather than waste time stalking nightclubs, pubs, the office or even supermarket aisles in pursuit of Mr or Mrs. Right, all people need to do is compile a profile to find compatible partners, and way you go.

Aside from the simplicity element, online dating makes it easier to vet partners, decide if someone's right for you, and - if they're not - move onto the next.

Thanks to the internet, it's now easier and cheaper than ever to keep in touch with our friends and family wherever they are in the world without much effort.

VoIP services such as Skype have reduced the cost involved with phoning family members overseas, while social networking sites like Facebook mean people can share photos and news about what they've been up to with ease.

Where social networking sites are concerned, critics often argue it's a passive way of maintaining an existing friendship, and that "liking" or commenting on someone's status is not the same as having an actual conversation with them. But, who has time for that these days?