Editable gestures can be used to assign additional web commands 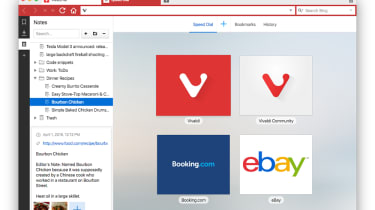 02/06/2016: Vivaldi has added the ability to create custom mouse gestures and improved the tab options in the latest release of its browser.

Vivaldi 1.2 arrives a two months after the public launch of the browser, which has been targeted at advanced web users.

The lead feature in the 1.2 release is custom, or "editable", mouse gestures. In the settings menus, users can now trace the path of a mouse gesture, and save it to a specific command of their choosing. For example, drawing a box with the cursor to save part of the screen as an image. 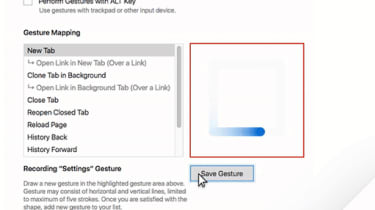 Tabs were one of the key talking points when Vivaldi went live in April. Users are able to stack tabs on top of each other, and display more than one tab on-screen at a time. Now the developer has added a Tab Page setting, which allows users to choose any web page as the starting point for a new tab. Multiple tabs can also be selected with a keyboard shortcut.

And the tab selection option now modifies the contextual menu automatically so users can apply any command to a whole group of tabs.

Other additions to the browser, include more accessibility options and extra shortcuts.

Vivaldi is available for Linux, Mac and Windows and can be downloaded here.

A new open source web browser called Vivaldi is taking on giants like Opera and Chrome, launching today with the aim of helping people become more efficient and productive.

Vivaldi was created by Opera co-founder Jon von Tetzchner, and is based on the open source Chromium project, which Opera and Chrome both have roots in.

Von Tetzchner helped launch the Opera browser in 1994, but left the firm in 2011, and has since said he was not satisfied with the move towards a reduced, simplified browser.

Explaining his decision to create a new open source browser, von Tetzchner said: "We set out on a mission to make web browsers powerful again. So Vivaldi 1.0 is both a throwback and a lookahead. It's a modern classic designed to help our users get the most out of all the time they spend with their browser."

He also expressed his annoyance with his time at Opera, when he had to deliver for investors first, rather than users, saying: "Millions of people have already agreed that they want a better browser, one that puts them in control. Everything we build is in service of the user. We have no investors and their agendas to dictate our progress. There's no exit strategy and we're here to stay. All we want to do is give people a browser they're proud to use and that we're proud to call Vivaldi."

Vivaldi includes a number of features that separate it from other popular browsers, the most talked about being tab stacks and tab stack tiling. 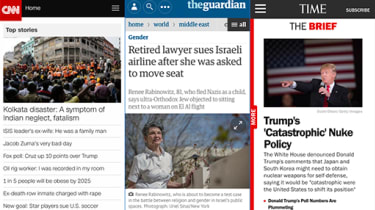 Tab stacks work like a drop-down menu, allowing users to group a bunch of tabs together so they can access them when needed.

It is also possible to drop tabs on top of each other in Vivaldi, so they are laid out across the screen almost like a row of single pages. This allows users to switch between tabs at speed or view multiple tabs at once in the same window.

Users can also save an entire session and all of the tabs and new bookmarks created with it. 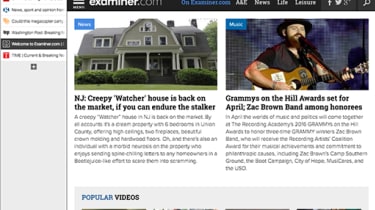 The Vivaldi sidebar feature allows users to browse social networks, such as Twitter and Facebook, alongside their main window.

Meanwhile, Vivaldi comes with the built-in ability to take screenshots of the pages you visit and has a built-in notes tool for rapid note-taking and retrieval. There is also a swathe of personalisation options, with its makers claiming there are "millions" of ways to customise the browser to suit a user's needs.

The browser also supports extensions, including those created for Google Chrome.

Vivaldi is available for Linux, Mac and Windows and can be downloaded here.