Google announced today on the Chromium blog that Chrome loads 10-20% faster than last year. According to the post, "the V8 team developed a new method for measuring performance against snapshots of real web pages". Using real world measurements insights, the team managed to improve the speed of the average load page in Chrome by 10-20% over the course of the past year.

The post details how the V8 team "started to measure performance with higher fidelity by instrumenting snapshots of popular web pages such as Reddit, Twitter, Facebook, and Wikipedia. This analysis revealed that while peak performance benefits certain types of large web applications, browsing typical websites relies more on 'startup' performance, or the speed it takes to start running script".

The team was then able to introduce optimisations which improved mean page load between Chrome 49 and 56 by 10-20%. 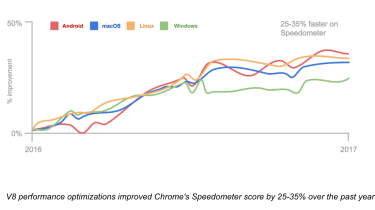 The team chose to use the Speedometer benchmark as an approximation of many sites "due to its inclusion of real web frameworks including React, Angular, Ember, and jQuery" and said there was a 25-35% improvement in Chrome's Speedometer score.

In the future, Google plans to release more JavaScript performance improvements for new patterns of script on the web, such as modern libraries, frameworks and ES2015+ language features. It also claimed that measuring real-world websites instead of traditional benchmarks can better optimise JavaScript patterns for users and developers. 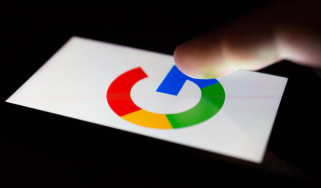