Basic Wi-Fi could be used to detect weapons and bombs 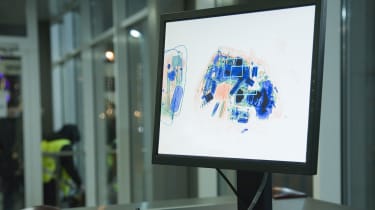 Researchers at Rutgers University have revealed that a normal Wi-Fi network could be used to detect weapons, including firearms, bombs and explosive chemicals in public places such as schools, universities and museums.

The university explained it has developed a method of using wireless internet signals to reveal what's inside a bag, without having to rifle through them.

The system comprises a Wi-Fi enabled device equipped with between two and three antennas, using a Wi-Fi signal to bounce signals off objects in a person's bag to get a better understanding of what's inside. This method is so accurate that it can accurately predict the volume of liquids in bottles or other vessels that could be used as a makeshift bomb, the researchers claim.

Researchers have already experimented with 15 types of object hidden in six different bag types, reporting an accuracy rate of 99% for dangerous objects, 98% for metal objects (such as cans) and 95% for liquids. Backpacks proved to be the easiest to scan, with a 95% success rate, but whenever an object was wrapped up inside a bag, the success rate dropped to 90%.

"This could have a great impact in protecting the public from dangerous objects," said Yingying (Jennifer) Chen, study co-author and a professor in the Department of Electrical and Computer Engineering in Rutgers-New Brunswick's School of Engineering. "There's a growing need for that now."

If deployed, using Wi-Fi signals in this way would drastically reduce the cost of detecting dangerous items in a bag. There's no need to purchase specialist equipment as the technology is likely already in place, and existing security staff can perform the scans without the need of added training. It also allows screening to happen in complete privacy because bags don't need to be opened in order for people to find potential weapons.

"In large public areas, it's hard to set up expensive screening infrastructure like what's in airports," Chen said. "Manpower is always needed to check bags and we wanted to develop a complementary method to try to reduce manpower."

The aviation industry is one of those set to benefit the most from this technology, and it's already being tested at a number of airports in the US.