The cable-free household is already here... if we want it

WiGig is a technology that missed the boat, but with a little push it could yet be transformative 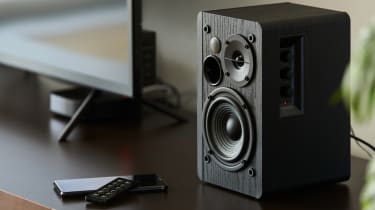 Last October, the Wi-Fi Alliance announced that we were all going to stop using confusing alphanumeric designations for our wireless network systems and talk about generations instead. No more would we have to deal with techie terms such as "802.11ac": we would henceforth simply use numbers, in much the same way as the telecoms industry refers to 3G, 4G and 5G services.

At the time I thought this sounded like a good way to bring some clarity to the sector - as long as it didn't inspire the invention of all sorts of weird unofficial half-standards, as it has in the mobile world.

In the event, somewhat the opposite has happened. Six months on, I've yet to see a single "in the wild" reference to Wi-Fi 5 - that being the new, consumer-friendly name for 802.11ac. Maybe it'll kick in later this year when 802.11ax (Wi-Fi 6 to its friends) comes along. It turns out that, after 20 years, the old jargon is pretty entrenched.

Even so, the idea has got me thinking about cleaning up the morass of technical terms involved in wireless networking. Frankly, if it were up to me, I'd be looking to bring not just regular Wi-Fi, but also Bluetooth, Wi-Fi Direct and all consumer wireless systems under one standardised branding programme. That way, you could buy, say, a "wireless generation 4" device and know that it would work with all devices of the same certification, from routers and laptops to headphones and smartwatches.

Perhaps that could even create an opportunity to bring some additional technologies into the mix. I mention this because, as it happens, I've just completed one of my periodic cable audits - and it's left me more impatient than ever for a properly wireless world.

Five years ago, I would have confidently predicted that by April 2019, I would only be hanging onto a handful of legacy cables. In fact, in that time I've barely managed to get rid of anything. Many of today's flashiest, smartest devices are still anchored to the past, and to each other, with untidy, breakable, limited-length, trip-hazard copper wire.

To be fair, things are moving in the right direction. The laptop I use today has a single USB socket, but I very rarely need to plug anything into it. Most of the speakers and headphones in my house operate via Bluetooth; my guitar connects to its amp via a nifty 2.4GHz transmitter (recommended for anyone who likes to wander around while playing: if you've ever accidentally stepped on your own cable and yanked it out mid-riff, you'll understand why). But there's a technology already out there that could have got us much further, much sooner. You might even have heard of it: it's called WiGig.

Stifle those sniggers. I'm aware that WiGig isn't a name with a lot of capital attached to it. The first-generation implementation - officially known as 802.11ad - has been knocking around for ten years and, to put it bluntly, it's been an utter flop. In my career I've encountered a total of two routers that support it, and zero client devices.

Yet it's a technology with real potential. As the name implies, WiGig is designed to deliver gigabit speeds over a wireless connection. That sounded more impressive a decade ago, but even now it gives 802.11ac a run for its money.

More than this - and unlike 802.11ac - it's designed from the ground up for direct point-to-point connections, with no need to involve a router at all. This makes it perfect for the job of replacing cabled connections. It's frustratingly easy to visualise how WiGig could have allowed me to ditch the nest of HDMI cables behind my TV, the SD card reader I use to copy video files and pictures off my camera, even the Ethernet cable that connects my NAS to the router.

And if you're wondering whether WiGig has the bandwidth to scale up to tomorrow's domestic demands, relax. The second generation of WiGig is coming this year - the catchily named 802.11ay - with a theoretical top transfer speed of 176Gbits/sec. That's fast enough to back up a 256GB SSD in just under twelve seconds. It should do us for the foreseeable.

There's just one big catch with WiGig, though: it achieves these speeds by using radio signals at very high frequencies - between 57GHz and 71GHz, to be precise, while regular Wi-Fi trundles along on the 2.4GHz and 5GHz bands. If you remember your O Level Physics, you'll know that a higher frequency means worse penetration. So, unless you live in a Japanese house with paper walls, WiGig is effectively limited to same-room connections.

This, of course, is where the idea of a standard bundle of network technologies comes in. WiGig is never going to replace the 802.11ac and Bluetooth stack, but it could be a great addition to it. And a bit of a push could help WiGig break out of the chicken-and-egg scenario it's become stuck in. Right now it makes no sense for manufacturers to invest in implementing WiGig, since the average user doesn't have anything to connect it to. If the latest Wi-Fi controllers came with 802.11ay, things would turn around in a snap. The market of WiGig-compatible devices would explode overnight, with economies of scale slashing the cost. We'd all be winners.

I know, it sounds like a pipe dream. But is it really unreasonable to anticipate the day when the only cables in my home are power cables? The technology already exists, and it's only getting better. Cynics will snort at the idea of a WiGig renaissance, but with less clutter, less confusion and less to go wrong, the only question in my mind is: WiNot?