How Microsoft can revive Windows Phone

Microsoft has just announced another huge round of 7,800 lay-offs centred on its smartphone arm, along with a 4.9 billion writedown of its 2014 Nokia acquisition.

Following the acquisition, Microsoft's smartphone arm has gone from bad to worse, with poor sales and low market penetration compared to rivals Apple and Google.

Many have been interpreting the recent announcements as the death-knell for Windows Mobile, with Wired dubbing them "a letter of surrender".

It might not all be doom and gloom, however - in fact, this could prove to be the turning point that sees Microsoft become a genuine player in the mobile space.

Let's address this now, and get it out of the way: in addition to the 18,000 cuts announced last year, which mostly affect staff acquired from Nokia, the recent lay-offs mean a staggering 25,800 Microsoft employees will soon be out of a job.

That's a terrible tragedy for the people involved, and should not be dismissed lightly. Even if Microsoft makes good on its promise of "job transition help", there will doubtless be thousands of people now unemployed.

Having said that, this is an incredibly smart decision from a business perspective. The fact that that many employees exist within Microsoft's mobile hardware arm suggests the division is somewhat overweight - Apple, by comparison, had 98,000 employees intotal in 2014.

Redmond's smartphone hardware doesn't fare much better - the tech firm has a problem with its phones, and it's not the Windows Phone OS. Admittedly, the app selection is underwhelming compared to competitors, but it's getting better, and the rest of the OS is actually pretty good.

No, the principal problem for Windows Phone is the sheer size of its product line. The Microsoft Store currently has 17 different Lumia models available for sale, spanning an array of sizes and specification.

It's far too much, as Microsoft is no doubt painfully aware by this point. It's a case of throwing as many products as possible at the wall, and hoping something will stick a poor tactic, and one that's usually only reserved for the bottom-tier budget manufacturers.

Instead, Microsoft should be looking to the major players in the mobile world for inspiration. Apple is, obviously, the key example here, but the trend can be seen across companies like Samsung and LG as well.

The most successful mobile companies, rather than peppering the market with near-identical looking products, streamline their portfolios by producing a couple of high-quality flagship lines.

For instance, Samsung's Galaxy line may have a sister line of phones inthe Note range, but the two are clearly separated, and it's evident which has received the most attention.

In contrast, Microsoft has Lumia models that could fit into both the flagship and the budget camps, and the devices are differentiated by little more than specs.

Thankfully, it appears that Microsoft has finally seen the error of its ways. In his email to employees announcing the job cuts, CEO Satya Nadella said that the company plan to run "a more effective and focused phone portfolio", the start of which is to drastically reduce the mobile division's size and scope.

By the sound of it, what this means is that Microsoft will produce fewer Lumia models, but the ones they do produce will be much more closely targeted. Hopefully, the Lumia brand identity will also be whipped into shape Nadella's promise of "flagship devices" raises the prospect of a Surface Phone.

If Microsoft did choose to adopt the design of the Surface range which are fantastically premium-looking devices it could clearly delineate its flagship smartphones from its budget range, and greatly streamline its portfolio in the process. 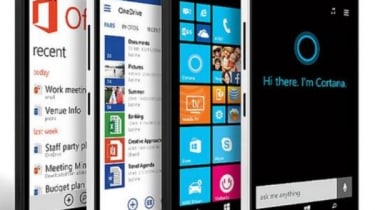 This could be on the cards, as leaked images of the forthcoming Lumia 940, posted by TechTimes,suggest an all-metal body for the first time. If these images prove accurate, it will be a significant step up in build quality for Microsoft's phones, and one that may put them on a par with Android and iOS flagships.

Another key weapon in Microsoft's arsenal is Windows 10, and this is the main reason why we haven't seen the last of Windows Phone.

Microsoft has put vast amounts of effort into building its cross-platform capabilities, the lynchpin of which is Windows 10. Designed to be a completely cross-platform OS, Microsoft wants you to use Windows 10 on your PC, tablet, and, crucially, phone.

Windows 10 has a bunch of features built-in that integrate mobile and desktop like never before, much the same as Google and Apple have been doing. The idea is that pretty much anything you can do on your PC, you can do on your phone, and vice versa.

Thanks to Nadella's mantra of mobile first, cloud first', all your files, data and contacts will be available across all platforms, and this integration looks set to be a big part of the Windows 10 experience.

While Microsoft has announced that Android and iOS will be supported for some of these features, users won't quite get the full package unless they're on Windows Phone.

As such, it makes no sense for the company to abandon a platform that's going to be such a key part of its strategy going forward.

These new job cuts, then, signal the start of a transformation that will see Microsoft stop releasing four or five smartphones per year, and instead focus on two or three clearly-defined product lines.

The Windows Mobile OS is set to improve exponentially with the advent of Windows 10, and if Microsoft can couple that with a cohesive, focused hardware strategy that concentrates on a few key products, they could become a serious contender and turn the mobile market back into a genuine three-horse race.