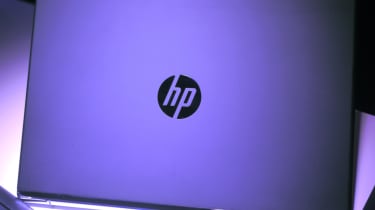 In a surprise move, HP Inc has re-entered the smartphone market with the Elite X3. Powered by Windows 10 Mobile, the HP Elite X3 is aimed very specifically at businesses rather than consumers. Like Microsoft's 950-series Lumias, the X3 can be used as a basic desktop PC with the right adapters. It has extra tricks up its sleeve though - it can also transform into a laptop.

Apart from an attractive irregular pattern on its speaker grill, the X3 has a plain black appearance with curved edges. The casing is apparently IP67 and MIL-STD-810-G compliant, so it should be water and dust resistant as well as capable of surviving falls from around four feet up. 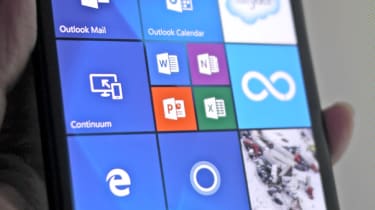 The massive 6in screen has a resolution of 2560x1440 pixels, which is driven by a Qualcomm Snapdragon 820 eight-core processor and 4GB of memory. In a first for a Windows 10 phone, it has a fingerprint reader in addition to iris recognition powered by the eight-megapixel front-facing camera. The fingerprint reader appeared to be absent from the pre-production model we saw though.

The X3 doesn't just depend on dual biometric authentication for its business appeal. The presence of a USB-C port means that you can use Continuum - connect the phone to a monitor and you can use Windows Universal apps in a desktop-style interface with a keyboard and mouse. HP will sell its own USB-C-based Desk Dock for this purpose equipped with a pair of full-size USB3 ports alongside DisplayPort and Ethernet connectors as well as a Kensington security slot. 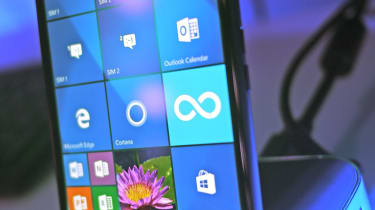 Unusually, HP will also sell a battery-powered mobile dock, the Mobile Extender. It's essentially a 1kg 12.5in laptop that's dependent on the X3 for its processing power. The phone is paired with the laptop via either WiFi or USB-C. Although we weren't able to try this out as HP's sole Mobile Extender pre-production unit wasn't completely functional, we do hope that the build quality of the laptop dock will be improved. The plastic casing was surprisingly creaky, bending under pressure loudly and extremely easily. The keyboard, while large with plenty of travel, felt a bit rattly. 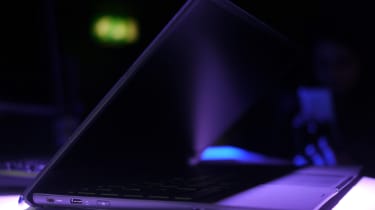 The Continuum experience, which we've found to be somewhat restrictive as it's limited to running a single app at any one time, will need fine-tuning to run smoothly on the X3. Despite the octa-core Snapdragon 820, the general smoothness and responsiveness of the Windows 10 Mobile interface was laggy and sluggish - whether on the phone's touchscreen or when controlled using a keyboard and mouse on an external monitor. 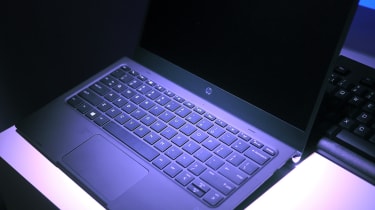 HP Inc has added an extra dimension to Continuum with the HP Workspace app. This allows you to run virtualised desktop apps hosted off a server on the X3 when the phablet is in Continuum mode. However, it's currently not clear if it will work with all popular hypervisors or only some of them.

HP Inc has also added app-level VPN-support to Windows 10 Mobile. The X3 will also come with Salesforce apps pre-installed, although these won't be Universal Apps at first so they won't run in Continuum.

We weren't expecting much from the rear-facing camera, but we were still shocked by the psychedlically unrealistic colours and incredibly noisy graininess at all ISO levels. Admittedly, HP's exhibition space had particularly bad lighting, but it struggled far more than our iPhone 6s Plus. Even autofocussing was a struggle. 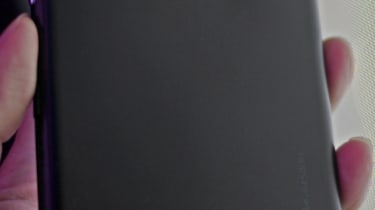 Pricing for the X3 and all its various docking accessories has yet to be confirmed. HP Inc wasn't able to provide an exact release date, but it should be out by mid to late summer of this year. Although this gap is apparently there to allow HP Inc to solicit feedback from potential bulk buy customers, it also risks losing valuable momentum. HP has been out of the smartphone business for years and Windows 10 Mobile has thus far shown little sign of rejuvenating Microsoft's smartphone fortunes. The massed Universal apps need to help make Continuum a really attractive feature are thin on the ground. HP Inc's big Windows phablet bet is a risky one that's by no means assured of success. 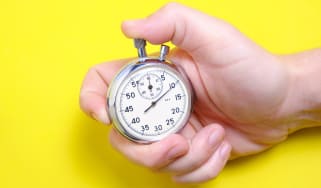