We check out the 2-in-1's business credentials, and give the designer-friendly XPS 27 a once over 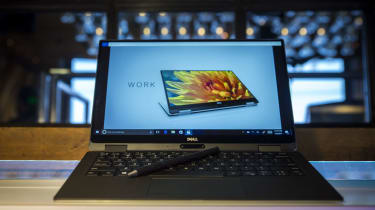 You can't accuse Dell of being concerned about having too much of a good thing. The Dell XPS 13 has been the company's most successful laptop in decades, perhaps ever, and it's given the ultraportable a refresh to coincide with CES 2017.

The new XPS 13 2-in-1 is a convertible, taking advantage of the same hinge design that Lenovo pioneered with its Yoga range to allow the screen to fold back through 360 degrees. Unlike the Yogas, the XPS 13's keyboard doesn't retract when the device is folded into tablet mode, but that's no great loss: the XPS 13 has a superb keyboard and making it retractable may have added a few unnecessary millimetres to its trim chassis. 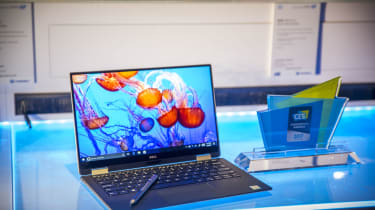 The other notable addition is an optional stylus, but Dell hasn't found space to dock the pen neatly within the laptop's frame. Instead, it's magnetic, clipping clumsily to the side of the laptop or on the XPS 13's magnesium lid when not in use. That makes it too easy to lose in a laptop bag for our liking.

Still, the XPS 13 remains a hugely desirable ultraportable, and the flexibility afforded by the folding screen only adds to its allure. With the option to equip the device with the latest 7th-generation Intel Core processors with vPro and up to 15 hours of battery life, it won't leave business customers wanting.

The XPS 13 2-in-1 is priced from $999 and is currently only available in the US, although it's likely to be only a matter of time before it hops over the Atlantic. 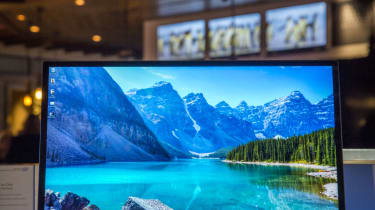 Dell hasn't neglected its desktop line-up, either. Tugging on the coattails of Microsoft's Surface Studio, Dell has given its XPS 27 all-in-one a significant refresh. The fine-tuning comes largely in the audio department - the XPS 27 now has no fewer than 10 speakers. Six are mounted clearly on the front of the device, comprised of four full-range drivers and a pair of tweeters. There are two more down-firing speakers, as well as a pair of passive radiators to deliver the bass.

The speakers certainly deliver a sonic thump - the XPS 27 made itself clearly heard above even the crowded hubbub of Dell's Las Vegas demo room, although it was hard to make any definitive judgement of the audio quality with so much background noise to contend with. 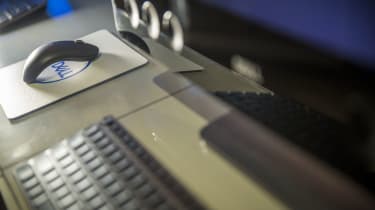 Dell is clearly positioning the XPS 27 as a multimedia workstation, running Adobe Premiere Pro on the CES demo. The huge canvas offered by the 27in 4K display meant that it was possible to accurately prod even the smallest of icons in Premiere Pro's cluttered interface, and the Core i7 demo model was immaculately responsive. The XPS 27's business-focused sibling, the Precision AIO, can even be equipped with Xeon processors and AMD Radeon Pro graphics for even greater workstation grunt. The sparkling screen also has 100% of the Adobe RGB gamut covered, making it even more appealing to imaging creatives.

Like the Surface Studio, the XPS 27 folds almost flat, like a designer's easel. It's debatable how much of an advantage that is unless you make heavy use of a stylus, but it certainly delivers more flexibility than anything Apple's iMacs offer.

The XPS 27 starts from $1,499, although higher-end models won't arrive until later in the year. Dell is yet to reveal UK pricing. 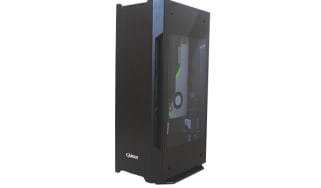