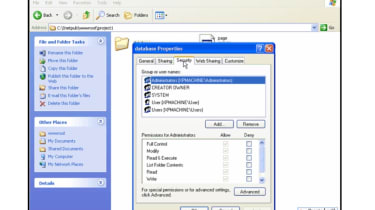 According to a blog post by the Zero Day Initiative (ZDI), an out-of-bounds (OOB) write in the Microsoft JET Database Engine that could allow remote code execution was initially reported to Microsoft back in May. Microsoft managed to reproduce the bug shortly afterwards.

While Microsoft has patched two other buffer overflow bugs in Jet in its latest Patch Tuesday update, this bug has been left out and will be fully patched in the October update.

"An attacker could leverage this vulnerability to execute code under the context of the current process, however it does require user interaction since the target would need to open a malicious file. As of today, this bug remains unpatched," said Simon Zuckerbraun, a security researcher at ZDI.

The bug affects all supported Windows versions including server editions. The flaw itself can be triggered by opening a Jet source via a Microsoft component known as Object Linking and Embedding Database (OLEDB).

"To trigger this vulnerability, a user would need to open a specially crafted file containing data stored in the JET database format. Various applications use this database format. An attacker using this would be able to execute code at the level of the current process," said Zuckerbraun.

In a security advisory, ZDI said the issue is in Microsoft Jet's index manager. "Crafted data in a database file can trigger a write past the end of an allocated buffer," stated the advisory.

The advisory said that given the nature of the vulnerability "the only salient mitigation strategy is to restrict interaction with the application to trusted files".

A proof-of-concept exploit code has been posted on GitHub.